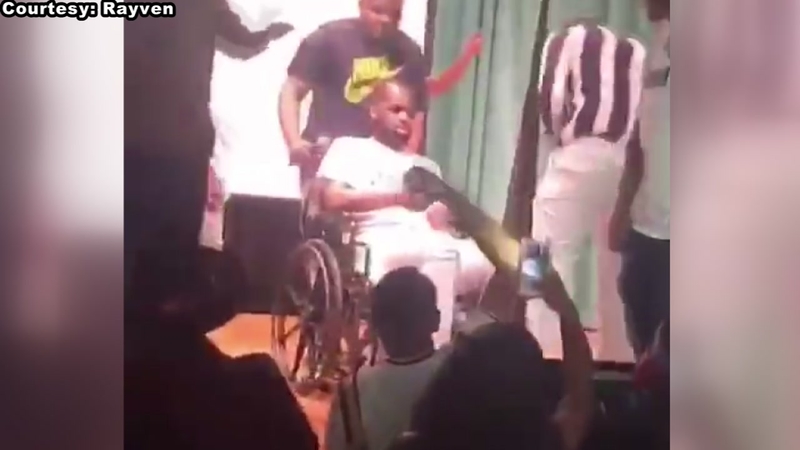 New video shows people cheering for Holmes on stage at a gathering in Galveston County on his first day out of the hospital. The crowd erupts in applause when he appears in his wheelchair.

Holme's mother, Sheree, said her son was in tears when he heard the audience.

Another update posted to the Facebook page "Do It for Devyn" gives a glimpse of his improvement.

Sheree also added that Holmes is in rehab now and took his first step on Saturday.

Cassandra Damper is charged with aggravated assault causing serious bodily injury and tampering with evidence.
Anyone who would like to donate to assist with medical bills can mail donations to P.O. Box 16258, Galveston, TX 77552.