Facebook Live shooting victim standing on his own again 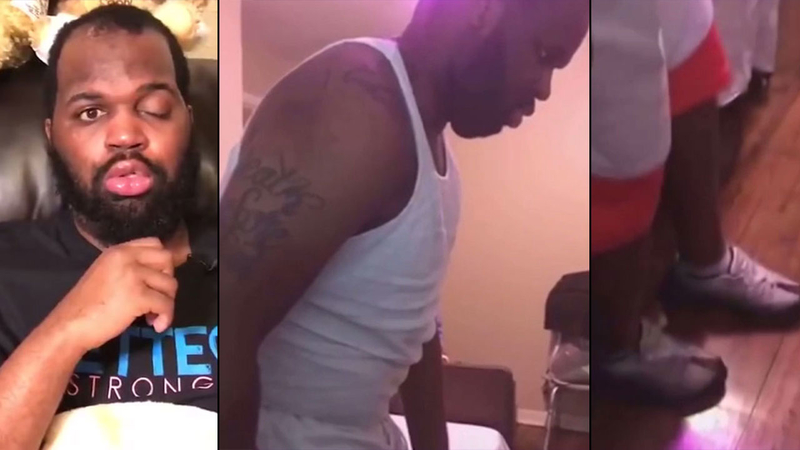 Man shot on Facebook Live standing up on his own

HOUSTON, Texas (KTRK) -- The Houston man shot in the head during a Facebook Live stream is now standing up on his own.

This is big progress from his head injury on Easter Sunday 2018.

Holmes was in the hospital for months, where he had to re-learn everything from swallowing to talking and writing.

ABC13 has followed his journey closely, and after more than a year of physical therapy, he is now able to take steps with assistance. On Friday, he stood up on his own for the first time since the shooting.

The woman accused of shooting Devyn in the head, Cassandra Damper, remains out on bond.

Her next court date is scheduled for Aug. 28.