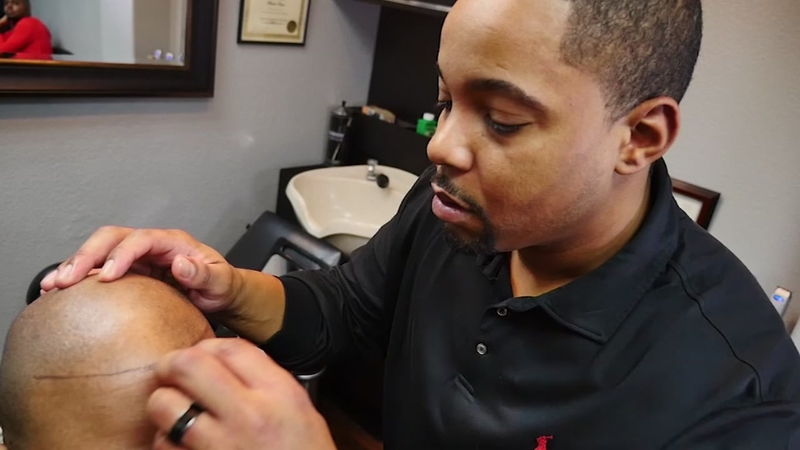 HOUSTON, Texas (KTRK) -- From toupees, hair implants, and even medications that promise regrowth, if you're follicly challenged and tried some of these with minimal success, a local barber says he may be able to help. His clients are walking in bald, but leaving with a full head of hair.

Mario Esters believes he's got the magic touch when it comes to tackling male pattern baldness.

'It's actually called a hair system. You know, everybody calls it a 'man weave'" he said.

Around here, Esters is better known as "Detroit the Barber." For over six years now, he's been helping men get a boost in their confidence with the hair system.

This is temporary and should be replaced a few times throughout the year. Depending on the hair system you choose, it could last between 1 to 3 months. Part of his secret he says is in the adhesive.

"It allows you to sweat and everything and it still holds. It still holds the hair in place," Detroit said.

As far as maintenance and cleanliness, he says there are issues.

"Even with the one-month system, you can bathe and shower, it's just a process of how you do it," Detroit said.

Detroit says he's constantly booked and most of his clients like to remain anonymous.