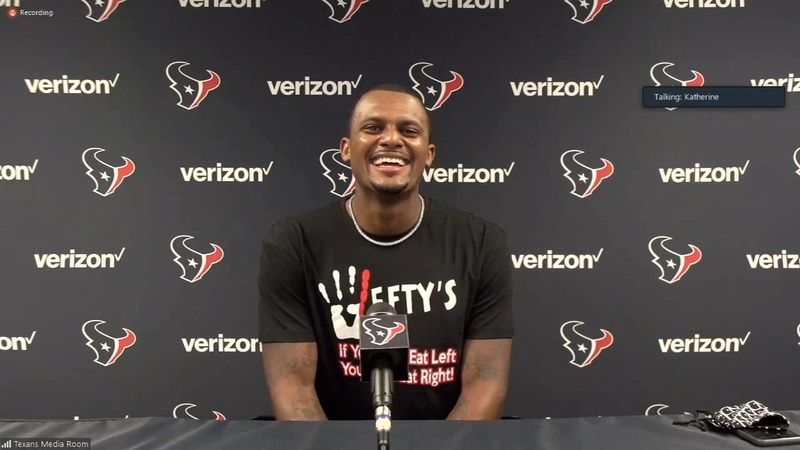 HOUSTON, Texas (KTRK) -- The Texans defense was the talk of the team's win against New England, but it was Deshaun Watson's three touchdowns that propelled Houston to victory.

And for that, No. 4 was rewarded with his fifth AFC Offensive Player of the Week honor.

The video above is from Watson's contract extension announcement from before the 2020 season.

Despite an underwhelming season so far for the team, Watson has been a bright spot for the Texans in strange times.

Here are his stats against the Patriots that won him the award:

Passer rating: Watson's 121.9 was second-best in the NFL this past week behind only Minnesota's Kirk Cousins. But unlike Cousins, Watson was not sacked and did not turn the ball over all game.

Scores: Watson scored three touchdowns - twice by air and once on the ground - all in the first half, and all after drives from deep in their own territory.

Streaks: As mentioned, Watson has become a bright spot for the Texans' season. His five-game streak of at least one passing touchdown and no interceptions is the longest active streak in the NFL. Watson could also tie Dallas' Dak Prescott with seven career games with at least two passing touchdowns and at least 1 rushing touchdown.

This is the 49th time a Texans player won an AFC player of the week honor. Watson's award is the first time anyone on the team won a weekly honor this season.

And in a full circle moment, Watson also won AFC Offensive Player of the Week after his performance against New England last season.