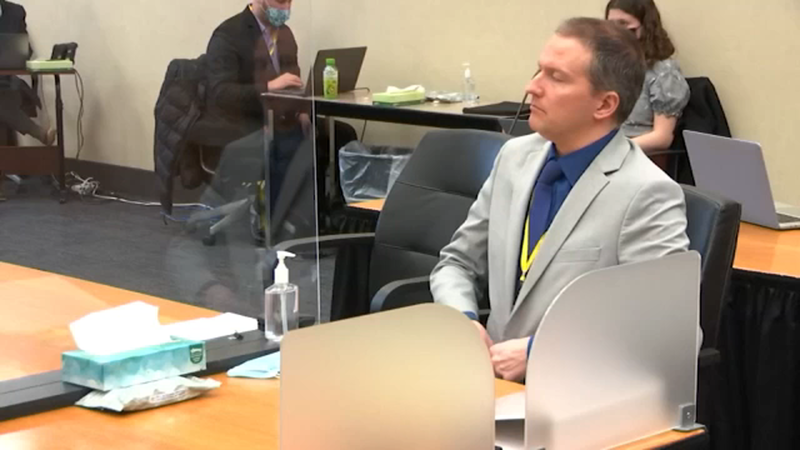 Houston activists organizing as they wait for Chauvin trial verdict

HOUSTON, Texas (KTRK) -- The murder case against former officer Derek Chauvin in the death of George Floyd is in the jury's hands and many are anxiously waiting to hear the verdict.

"I hope for something different, compared to what's happened in the past," said Houstonian Matthew Newsom.

Not just that, but people are also hoping for change.

"There were other cops there and not all cops are bad cops, but if you're not stepping up, you are adding to the issue," said Houstonian Sonia Engman.

"Even if he's found guilty and he gets something less than five years, the verdict is not going to be enough," added Houstonian Leandre Douglas.

Local activists also have a lot of emotions going into the verdict. They're coming together and organizing no matter the outcome. Dr. James Dixon, president of the Houston's NAACP, said they are planning on a prayer vigil soon. He said they hope for a guilty verdict.

"We are on pins and needles. We have seen this movie before, and that would be devastating for American justice," he said.

He says it's going to be a default day in America if the verdict doesn't come out the way it should.

As for Black Lives Matter in Houston, founder Ashton Woods said he doesn't believe justice will be served, but they will continue to do the work they have been doing to make permanent changes.

"Right now, I feel a sick feeling in my stomach," said Woods. "There so many people that have died at the hands of police that (the victims) need justice," he said. "So this goes deeper than a verdict in the Chauvin trial."