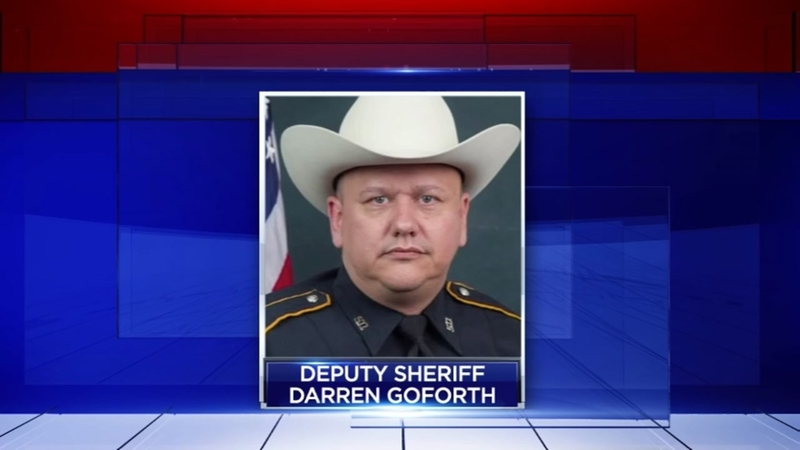 A third law enforcement official is now under investigation for allegedly having a relationship with Goforth's mistress. The news came Wednesday, the same day the Harris County Sheriff's Office announced the termination of the second deputy, Marc DeLeon, who had a relationship with the same woman. Goforth was fatally shot at a gas station in northwest Harris County last year.
EMBED More News Videos

The Harris County Sheriff's office says they've terminated a deputy who had a relationship with Deputy Darren Goforth's mistress.

"I know it looks like some kind of swingers society, but it really isn't," said former Houston Police officer Tom Nixon. "It's people who have aggressive personalities who have low inhibition."

Nixon is now an attorney. He said new officers are usually counseled by other field officers to stay away from women who are attracted to the uniform.

"I think it's an attraction to the power of law enforcement," said Nixon.
EMBED More News Videos

Neighbors are shocked that Deputy Marc DeLeon was fired for his relationship with the mistress of slain Deputy Darren Goforth.

In October, Harris County Sgt. Craig Clopton was also fired for having a sexual relationship with Goforth's alleged mistress. Clopton was an investigator in Goforth's murder case.

Nixon said it's not all that uncommon for officers to have sexual relationships with the same women. He said it's a dirty little secret many don't know about, but one that has now come to light.