KTRK
By Courtney Fischer
HOUSTON, Texas (KTRK) -- It was a busy night for Harris County deputies.

Around 10:30 p.m. Monday, an off-duty deputy on his way home was hit by a Toyota FJ Cruiser. He tried to pull over the driver, but he took off.

After a short chase, the driver pulled into a quiet neighborhood on Connorvale Lane, not far from the Hardy Toll Road.

The deputy got out of his car, walked towards the suspect and slipped on a wet, muddy driveway.

The suspect was taken to Ben Taub Hospital. He will be okay.

Four hours later, as another deputy waited at BenTaub with the suspect, a man got into her patrol car parked in front the hospital and stole it, investigators said.

A GPS tracker on the stolen car helped deputies find it about four miles northeast of the hospital. A slow-speed chase started at Anita Street and Sauer Street.

The suspect pulled into a downtown Texaco on San Jacinto and surrendered. The arrest was captured on surveillance cameras.

"I was just sitting there playing on my phone and I'm like 'Dang!'" gas station clerk Shajed Ali said.

At first, Ali was confused about why deputies appeared to be pointing their guns at one of their own. Then he saw the suspect get out of the stolen patrol car.

We've reached out to the Harris County Sheriff's Office to ask if the man who stole the deputy's car was armed. Our phone call has not been returned.

It's unclear if the deputy's car was locked or running when it was stolen. 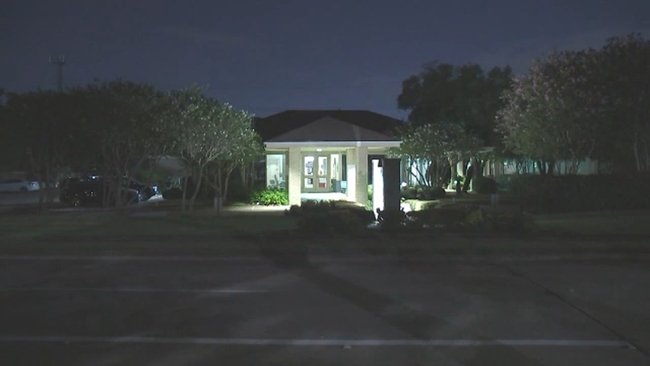