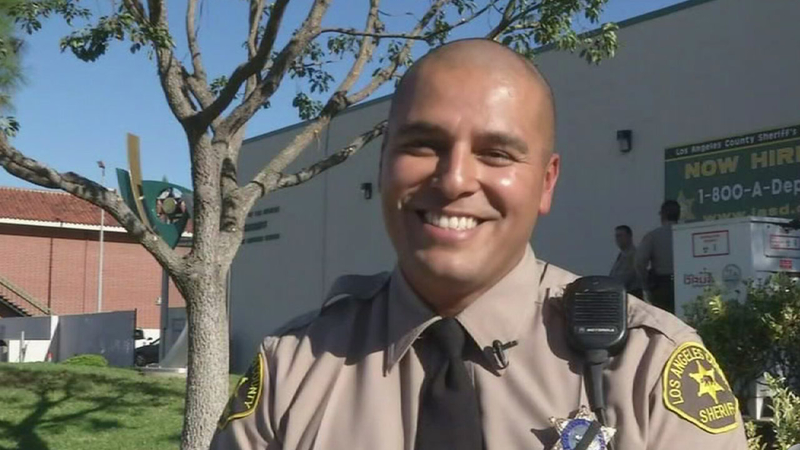 LA PUENTE, CA -- A Los Angeles County sheriff's deputy is being praised after resuscitating an unresponsive infant in La Puente.

On Monday, Nov. 16, Deputy Erik Nava was patrolling the city around 6 p.m. when he responded to a call of a mother reporting her baby was not breathing.

Arjelia Lorenzo-Calleja had pulled to the side of the road at Hacienda Boulevard and Temple Avenue when she looked back and saw her 7-month-old, Sebastian Bernal, was unresponsive, according to a press release from the Los Angeles County Sheriff's Department.

Deputy Nava arrived soon after the call and performed CPR. According to fire officials, the deputy's immediate actions saved the Sebastian's life.

"I had him here rested on my arm, and from this area you're able to quick respond with the breaths and easily do the chest compression on him, and that's how it was. It was quick and it was direct and not too far from my body," explained Deputy Nava. "It's personal because I have a 7-month-old at home. I couldn't even start to think about that, something like that would happen to my son."

It was not made clear what caused the child to stop breathing.

While many are calling Deputy Nava a hero, he said he was just doing his job.