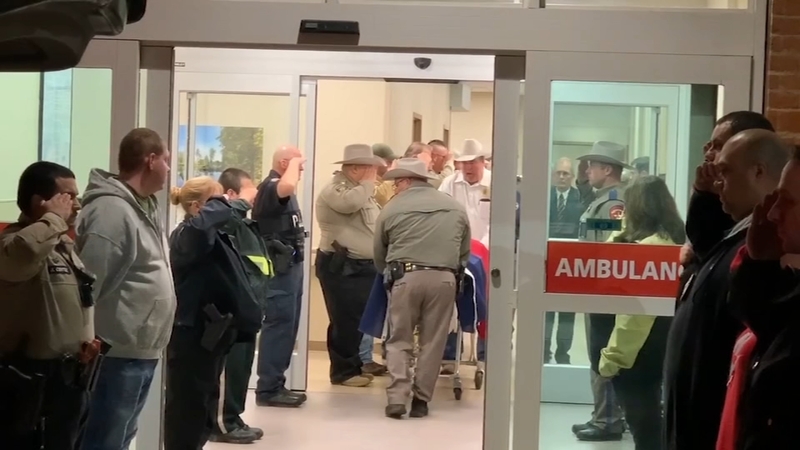 COLDSPRING, Texas (KTRK) -- A San Jacinto County deputy has died in a crash that happened when he tried to avoid hitting a colleague, authorities said.

The San Jacinto County Sheriff's Office said 36-year-old Bryan Pfluger was killed Saturday in the crash that happened on Hill Lane near Highway 150 around 8 p.m.

Pfluger and another deputy responded to a dispatch call in separate vehicles. They were driving eastbound on SH 150.

The Texas Department of Public Safety said one deputy reduced his speed to make a right turn onto Hill Lane. That's when Pfluger maneuvered to the right, clipping the deputy's patrol car and rolling several times.

BREAKING: DPS says San Jacinto County Deputy Bryan Pfluger was not wearing a seatbelt when he clipped another deputy’s car. His car rolled several times and he was ejected. https://t.co/BJ4xnxtVTW pic.twitter.com/UrUKLw2hpo

Pfluger was ejected from his vehicle. Authorities confirmed that he was not wearing a seat belt.

Pfluger was transported to a hospital, where he died. The other deputy wasn't seriously injured.

The sheriff's office said Pfluger has worked at the small department for four years.

In 2018, the deputy received a commendation for purchasing wood for a senior citizen.

Pfluger leaves behind a wife and baby.

Texas Department of Public Safety is investigating the crash.