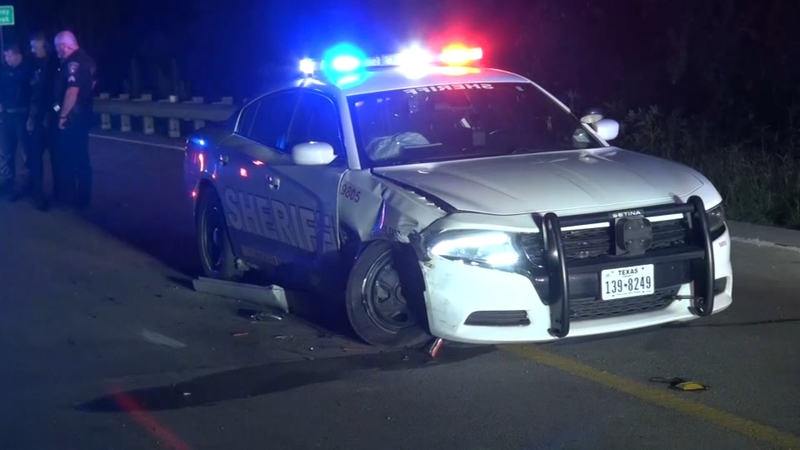 The deputy was inside his cruiser and was stopped at the dead-end of the road while using his laptop computer when the driver slammed into his vehicle almost head-on, according to the Montgomery County Sheriff's Office.

The impact of the crash sent the other vehicle into a guardrail.

The airbag in the sheriff's office cruiser deployed, causing the laptop to strike the deputy in the face, breaking his nose and giving him 2 black eyes, investigators said.

When other deputies arrived, they said the driver appeared to be extremely intoxicated and tried to fight them.