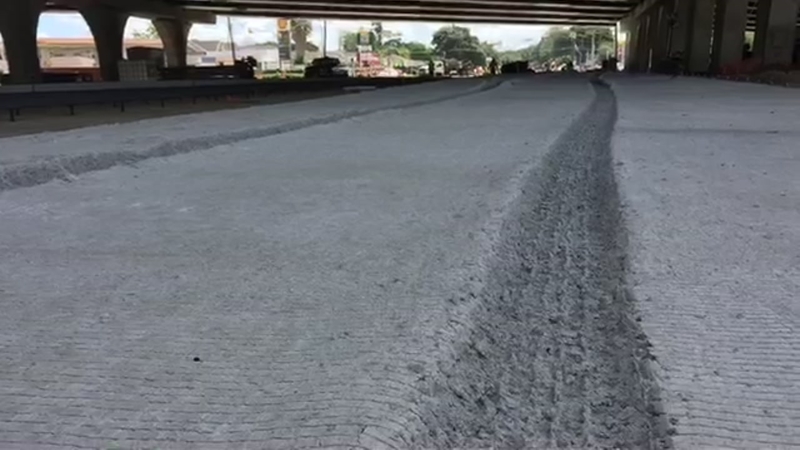 HOUSTON, Texas (KTRK) -- A deputy with the Harris County Sheriff's Office is accused of driving drunk, and it's not the first time.

Graciela Herrera Moreno, 57, was arrested after crashing her car into wet cement just before 11 p.m. Tuesday. The crash happened in the 6400 block of 43rd Street, about two miles from Moreno's home.

Police say Moreno was traveling eastbound on 43rd Street and turned to go under Highway 290. She drove through the construction barrels and went 130 feet before her car got stuck.

Crews had to help Moreno out of her car and used a forklift to remove the vehicle from the freshly poured road work. A construction manager estimates the cost of the damage at about $2 million.

According to court documents, Moreno admitted to drinking four 16-ounce beers while watching the Astros game prior to the crash. She reportedly failed a field sobriety test.

Moreno had a previous DWI charge in 2010. That charge was reportedly dismissed after a diversion program was completed.

Moreno will be moved to a civilian position within the Harris County Sheriff's Office until the case is resolved.