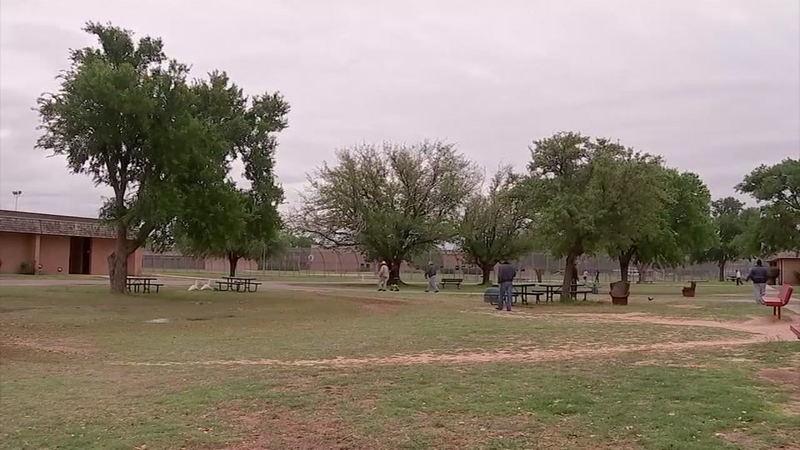 VERNON, TX (KTRK) -- Six miles from the Oklahoma border and a world away from Houston, 450 of Texas' most violent accused killers, rapists, and otherwise criminally charged defendants wander the campus of a renovated geriatric treatment center getting mental health treatment.

Shannon Miles, accused in the August 28 execution-style murder of Harris County Deputy Darren Goforth, has been waiting more than 100 days for a spot to open for his treatment. The wait list was thrust into the public spotlight after state Sen, John Whitmire, D-Houston, urged the hospital to admit Miles faster.

Miles' attorney, Anthony Osso, objected to Whitmire's efforts; a judge agreed and ordered Miles to stay put in the Harris County Jail and wait his turn on a lengthy state waiting list. After being declared incompetent to stand trial on February 9, Miles is still number 15 on the Harris County jail wait list.

There is no telling how many inmates are ahead of him across the state.

It's a facility where violent, mentally ill accused killers and rapists are treated is showing success but gets little help.

The treatment will likely be a dramatic departure for Miles, who has been at the Harris County Jail since his arrest on August 29. The Harris County Jail is nationally known for its treatment of the mentally ill, but it is done in very jail-like settings: locked cells, small windows, few opportunities to get outside.

The campus is not all free-roaming. Actively violent patients are kept in an more secure, constantly locked unit where staff work behind fortified glass and locked doors. There is a seclusion room with heavy locks and hinges. It was unused during abc13's visit and officials said it is not often used. In this unit, sleeping rooms are limited to just two patients and all "stimuli" are muted: lights, colors, and sound all quieter than normal. As patients comply with treatment they are moved out and into other parts of the campus.

"I am confident we are not coddling anyone," Smith said before pivoting to his success rate. "Roughly 85 percent (of our patients) are referred back to court and we're doing that in 95 days."

Current leadership at the Harris County Sheriff's Office said the 2008 number is too low to be reliable. The $21 figure is lower than the current cost of a general population non-mental health inmate and the true cost of a mental health unit inmate may be hundreds of dollars more. The actual figure was not available by deadline. As soon as it is, abc13 will update this report.