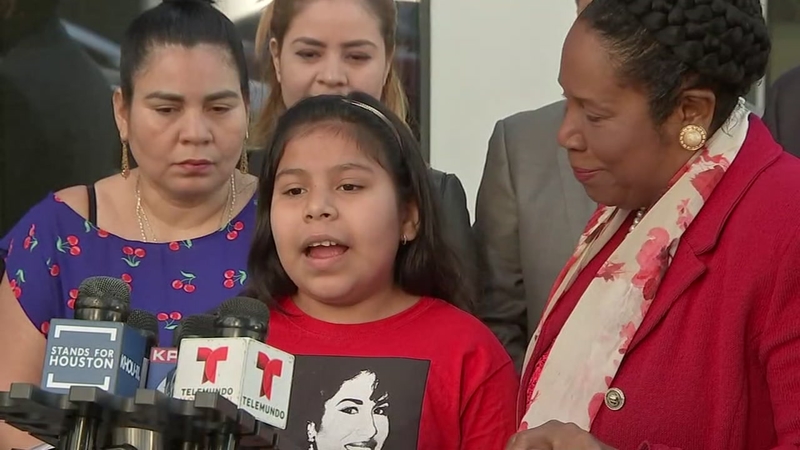 HOUSTON, Texas (KTRK) -- An 11-year-old who was ordered to be deported alone is now fighting to have her case re-examined.

Saying through a translator, "I feel happy that there's people coming together to help me."

The Fondren Middle School student crossed into the U.S. through the McAllen Port of Entry in October with her mother and 15-year-old sister.

Together, her family is going through removal hearings, but Laura's case was lost during the government shutdown.

Her attorney says due to a clerical error, a judge signed off on a deportation order under the premise that she missed a court appearance.

"It's not the fault of the judges or the clerks. It's actually because this immigration system is broken and the clerks and judges are overworked," said immigration attorney Silvia Mintz.

On Monday, Jackson Lee met with the family downtown to assist as they filed a motion to reopen Laura's removal case.

"These are the dates that this family appeared in court, they did not miss one," said Lee, holding up a list of 10 court dates Laura's mother and sister have attended since Nov. 1, 2018.

The family fled El Salvador after the violence became life-threatening.

Laura's father and other family members were killed.

When gangs started recruiting Laura's classmates, her mother decided it was time to leave.

A judge is expected to make a decision about Laura's deportation case in the next few weeks.

Now that her attorney has filed a motion on the case, the deportation order is suspended.

FIEL Houston has set up a GoFundMe account to help the family as they transition to a new life in Texas.