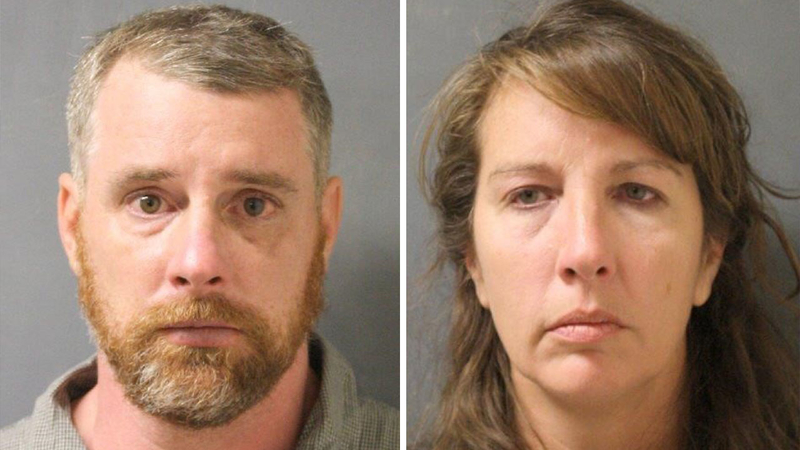 SHELDON, Texas (KTRK) -- A rally and march were held Wednesday for John Hernandez, the man who died at the hands of a sheriff deputy's husband. Organizers want the deputy and her husband to face criminal charges.

The march is only just beginning and we are going to follow this with SkyEye to the sheriff's office.

Family and friends of Hernandez are asking for justice, and they are not alone.

There's a growing number of people who are asking for the arrest of a deputy and her husband connected to the death of a man after a fight at a Denny's in Sheldon.

"We don't want anyone else to have to go through this," the victim's cousin Yvette Escalante said.

Even more video is coming out of the confrontation between Hernandez and Terry Thompson.

The coroner's report showed Hernandez died from lack of oxygen to the brain caused by strangulation and chest compression.

An autopsy confirmed Hernandez's death was a homicide.

Hernandez's family admitted he was drinking and urinating outside a Denny's the night of the confrontation.

WARNING: Some viewers may find this video disturbing

"This should not have happened, and the fact that it did happen shows that there are things that need to be fixed within the sheriff's department," protester Oscar Hernandez said.

Another group asking for justice is staging a sit in at the sheriff's office.

While few attended, the organizers here said they want their voices heard.

The group at Guadalupe Plaza Park plans to march to the sheriff's office and they are demanding the Thompsons be arrested. They plan to hold a news conference at noon at the courthouse.

Meanwhile the DA's office is reviewing the case and preparing to present the facts to the Grand Jury.