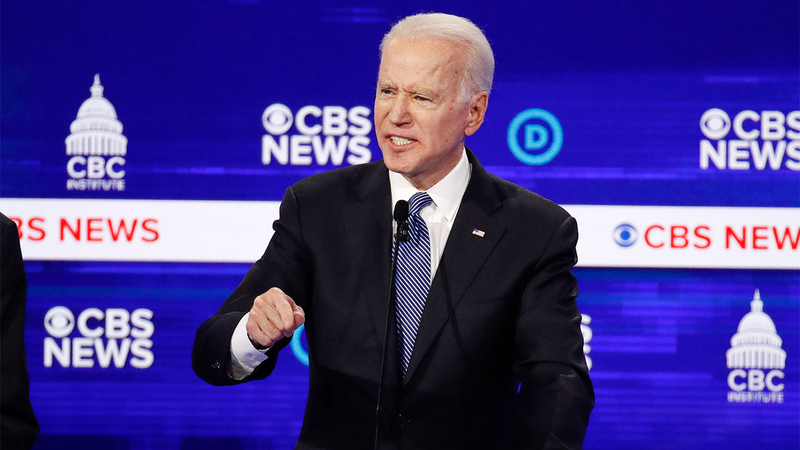 Biden said during Tuesday night's Democratic presidential debate in Charleston, South Carolina, that he would also go after those trying to gentrify neighborhoods traditionally occupied by minority residents.

The debate is the final one ahead of South Carolina's Saturday primary. Earlier in the debate, Biden pledged to win South Carolina after moderator Gayle King pointed out that Bernie Sanders was "within striking distance" of him.

He said: "We've created jobs for people. The people know me. My entire career has been wrapped up in dealing with civil rights and civil liberties. I don't expect anything. I plan to earn the vote. I'm here to ask. I'm here to earn it. But, folks, I intend to win South Carolina, and I will win the African-American vote here in South Carolina."

Biden pledged in his closing remarks to appoint a black woman to the United States Supreme Court.

On Monday, Biden rolled out a $640 billion national housing policy, which would prevent mortgage servers from foreclosing during loan modification and set up a timely notification system for such changes.

Following up on Biden's comments, California billionaire Tom Steyer said he would work toward trying to "correct injustice" in the loan service industry. He then launched into his common campaign trail theme of arguing his support for a conversation on reparations and the creation of a commission to study race relations in America.