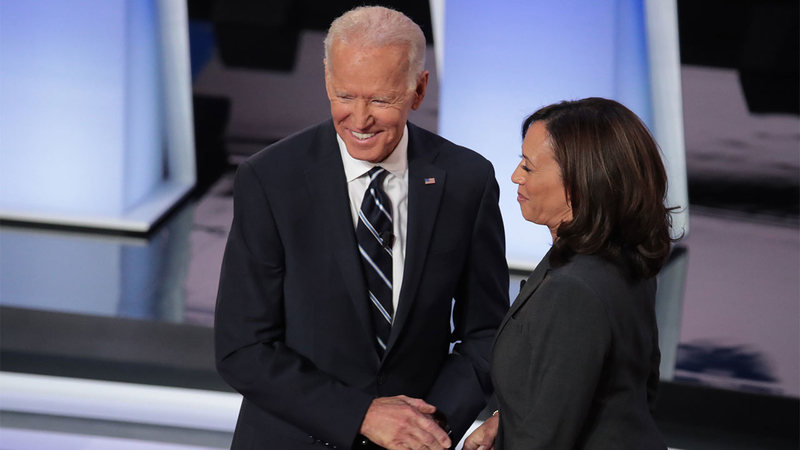 Biden to Harris before debate: 'Go easy on me, kid'

DETROIT -- Joe Biden greeted Kamala Harris with a handshake and a smile Wednesday night while asking her to "Go easy on me, kid."

Joe Biden and Kamala Harris just shook hands before facing off tonight on stage for a #DemDebate rematch.

The California senator called Biden by his first name as she smiled in return.

Harris is one of the former vice president's top rivals and sharpest critics. Biden is a 76-year-old white man. Harris is a 54-year-old black woman.

Their generational and racial differences were on display last month in the first debate, when Harris hammered Biden for his opposition to federal court-ordered busing in the 1970s as a way to desegregate public schools like Harris's elementary school in California.