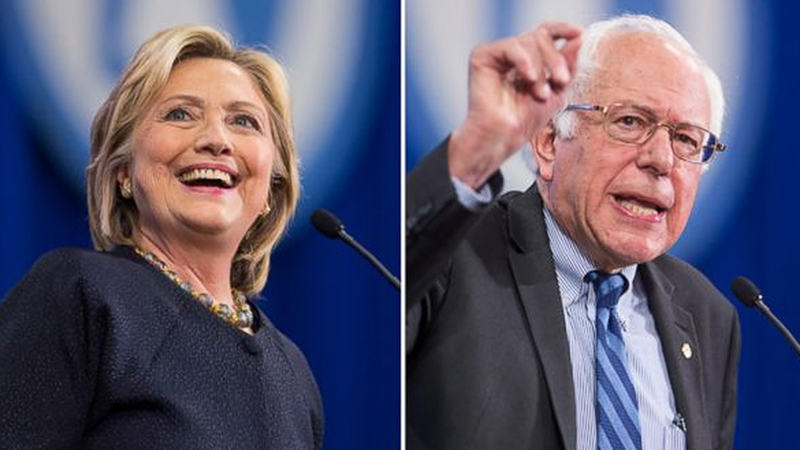 "The debate is this weekend so we're having a lot of events and big rallies to get everybody fired up," said campaign volunteer Ashley Chiu. "So we're really excited about that."

Volunteer Jake Jarvis was formulating a block walking plan ahead of Saturday's debate.

"We have the attitude that every vote counts and one vote at a time, so we're going out there," explained Jarvis. "We're knocking on doors of Democrats and calling people."

Across town, Bernie Sanders' team was also working the phones and urging supporters to tune into the debate or attend a watch party.

But what nobody in those rooms was talking about is the big, nasty development in the race for the nomination.

"This is a distraction for Democrats and it comes on the eve of this very high profile debate right here in New Hampshire," said ABC News' Political Director Rick Klein.

The DNC suspended the Sanders' campaign's access to the database altogether, Clinton's team cried foul, and Sanders filed suit against the DNC to gain back their access.

"That means in the run up to Iowa and New Hampshire he can't even access the voter files to know who to start knocking on doors of, how to organize people on the ground," said Klein. "So right now they are paralyzed as a campaign operation."

DNC Chair Debbie Wasserman Schultz told ABC News she was told Sanders' campaign did download information from the database. It's an allegation the Sanders team denies.