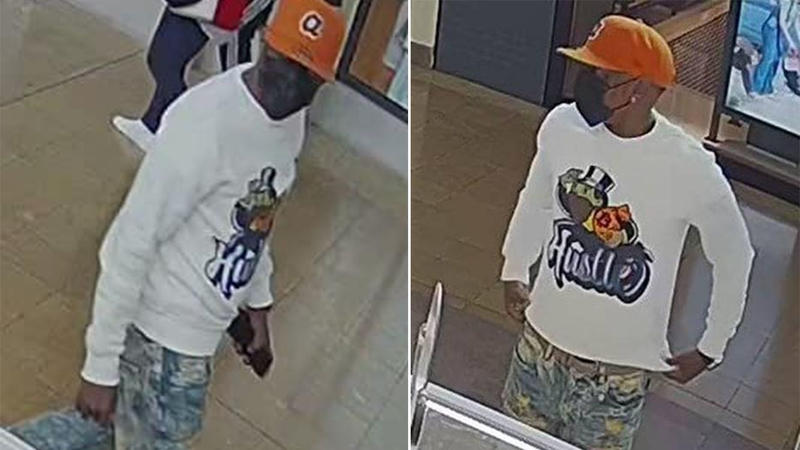 HUMBLE, Texas (KTRK) -- Police in Humble are searching for a thief in a Monopoly Man shirt, who allegedly stole a $15,000 necklace from a store in Deerbrook Mall.

The incident happened on March 8 at about 12:10 p.m. in the Goldmax Jewelers and Watch repair at the mall. Police said the man walked into the store and asked to see a necklace. When the clerk asked the suspect for an ID, the suspect grabbed the clerk's arm, took the necklace from her and fled the scene, according to Humble police.

The necklace the man is accused of taking has a cost of $15,000, police said.

He was seen leaving the scene in a red Nissan sedan. Police said he is also suspected of committing similar crimes around the Houston area.

The suspect is described as a Black man with a thin build. He was wearing an orange hat with the lower case "a," a diamond earring, a black mask, a white shirt with the Monopoly Man and "Hustle" written on the front and ripped blue jeans.