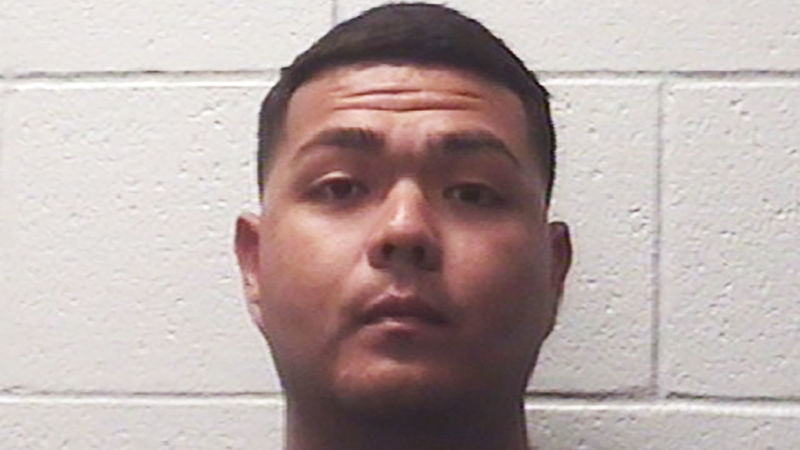 DEER PARK, Texas (KTRK) -- A man accused of sexually assaulting a 12-year-old girl from Deer Park was training to be a school district police officer.

Jorge Bastida, 22, resigned Tuesday from the Cy-Fair ISD police department after he was confronted with the allegations. He is now charged with aggravated sexual assault of a child.

On Tuesday morning, Deer Park police put out an urgent plea to find the preteen, saying they feared she was "in danger of bodily harm." Once she was located and safe, their next discovery was shocking.

"I was very surprised. Uncharacteristic of our profession. It shocked all of us," said Lt. Chris Brown of Deer Park police.

The man the girl knew as "Jay" was really Bastida, an officer in training. Cy-Fair ISD says as such: He was never alone with students. He met his victim, investigators say, through the Meetme app, and within days, she was gone.

Police say Bastida sent an Uber to pick her up and take her to his apartment in Cypress. They then went to a motel on Huffmeister, where they say he sexually assaulted her.

Uber has a policy that anyone under 18 has to be accompanied by an adult. The rideshare company confirms they are investigating, adding, "We are devastated to hear about this report. We stand ready to provide any information to the authorities that will be helpful for their investigation."

Cy-Fair ISD also responded: "We are aware of the disturbing allegations that a Cypress-Fairbanks ISD Police Department employee was involved in the aggravated sexual assault of a missing Deer Park juvenile. The employee, who resigned while being investigated, was in a training program and was always under the direct supervision of a field training officer in CFISD. These allegations are heartbreaking to the more than 16,000 other employees who represent CFISD with integrity."

Bastida's father says his son wanted to be a police officer. Tuesday night he was in jail.