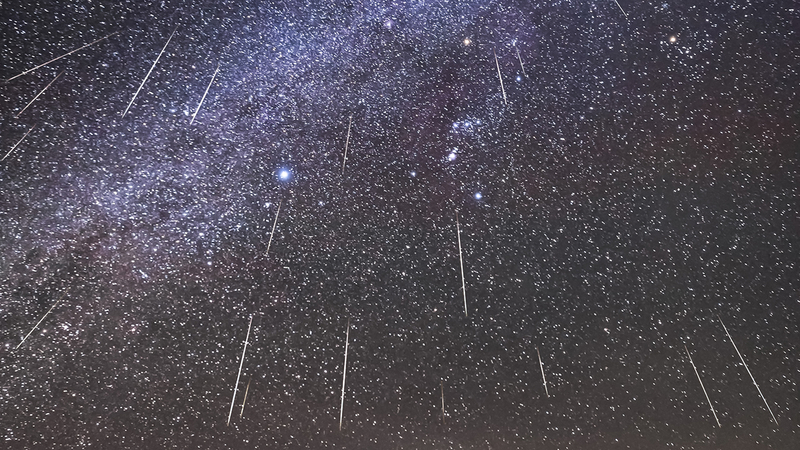 This holiday season will be even brighter thanks to three astounding astronomical events in December -- including the year's best meteor shower and a "double planet" sighting!

The Geminid meteor shower will peak on the evening of Dec. 13-14. AccuWeather described it as the best meteor shower of the year, saying it can bring up to 120 meteors per hour.

The shower, comprised of debris coming from Asteroid 3200 Phaethon, is known both for its quantity and the bright, multi-colored meteors it produces.

The Geminids are named after Gemini, as they appear to originate from the constellation.

And this year, the shower will be visible a day before a new moon, meaning skies will be especially dark.

A total solar eclipse will darken skies in South America on Dec. 14.

The path of totality will pass through Chile and Argentina, according to AccuWeather.

Jupiter and Saturn will come together on Dec. 21 for a rare "great conjunction."

This means the two will shine brightly as a "double planet," appearing just a tenth of a degree apart -- or about the thickness of a dime at arm's length.