Democratic debate 2019: What the candidates' body language can tell you 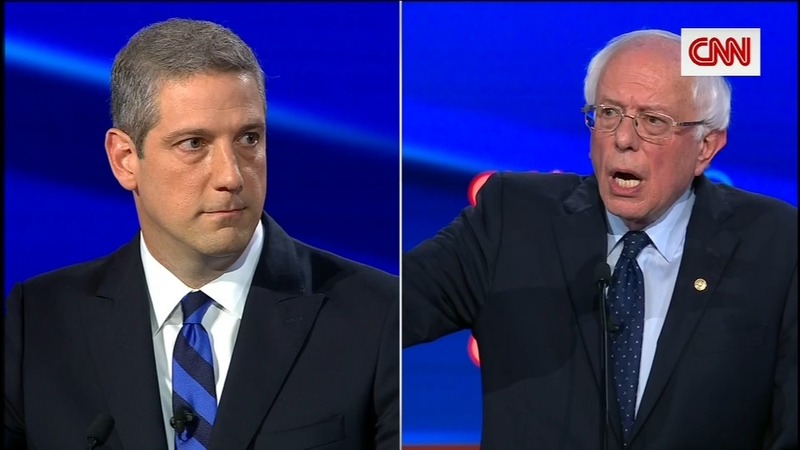 What candidates' body language can tell you

HOUSTON, Texas (KTRK) -- Texas Southern University isn't just hosting the third Democratic debate. The school is known for its legendary debate team, which is celebrating its 70th anniversary this year.

Assistant Debate Coach and Assistant Director of Forensics Wendell King always tells students that they have to be aware of their body language.

"I think the number one thing you look for with candidates is their nonverbals because the nonverbals is the area we normally can't control," said King.

While what we hear from the presidential hopefuls matters, what we see can have a huge impact on the opinions we form about them.

"If I jerk, for example, I'm angry. I'm trying to hold it in. I'm trying to stifle my anger, right?" explained King. "But if I slump over, I kind of give up, you know, like I'm done. I'm giving up. I'm throwing out the white flag. It's over. That's what the slump over means."

Without even knowing it, voters tend to prefer candidates that appear to be strong and confident.

King told ABC13 that people at home should pay close attention to how candidates respond during their rebuttals.

RELATED: How to watch the Houston Democratic debate on ABC

"The rebuttal is not something you can always prepare for so it has to be impactful," said King. "If they answer it with a poker face, it means they don't really feel comfortable with the answer. If they answer with a smile, that normally means they were prepared and they're trying to get the moderators to pose the next question to them directly."

This isn't a new phenomenon. In September of 1960, Richard Nixon and John F. Kennedy faced off in the first televised debate in history.

Kennedy not only looked younger; his body language told the viewers he was the better candidate.

"Nixon sat over with his hands on his knees and he was hunched over while Kennedy sat straight up and crossed his leg," King said. "It caught the attention of everyone."

It's also the first time Warren and Biden will appear on the same stage.

Kamala Harris and Pete Buttigieg will look to reclaim some lost momentum, according to the latest poll.

"People should watch how they interact with each other. Their body language will tell you how confident they are," said King. "No one will believe that a person that looks weak or easily intimidated can do the job."