Here's what will happen at the 3rd Democratic 2020 presidential debate 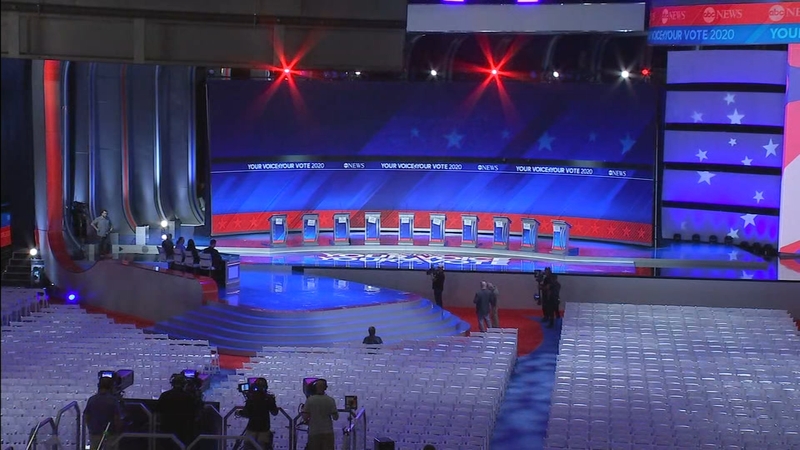 HOUSTON, Texas (KTRK) -- Democrats vying to become the President of the United State in 2020 will soon take the debate stage in Houston.

Many people were set in place on Wednesday to help prepare for the huge event.

Stand-in actors were rehearsing with directors and camera crews to ensure everything was in place for the big debate.

Crews were also setting up the spin room, which is where reporters will talk to the candidates after the debate.

First look inside the #demdebate #spinroom. What’s a spin room? It’s where reporters talk to candidates/their reps post debate. Our @TomAbrahams13 will be live there tomorrow. #abc13 #abc13demdebate https://t.co/GN4c39lb2O pic.twitter.com/PknWdnqATF

On Thursday afternoon, 10 candidates will take the stage at Texas Southern University and argue about why they should become the next Democratic nominee for president.

The third Democratic primary debate will be hosted by ABC News in partnership with Univision.

The debate will feature 10 candidates who were certified by the Democratic National Committee to participate:

Behind the scenes look at #demdebate hosted by @TexasSouthern. Calm before the storm. #abc13demdebate #abc13 #abcnews pic.twitter.com/ML9Y0dud1H