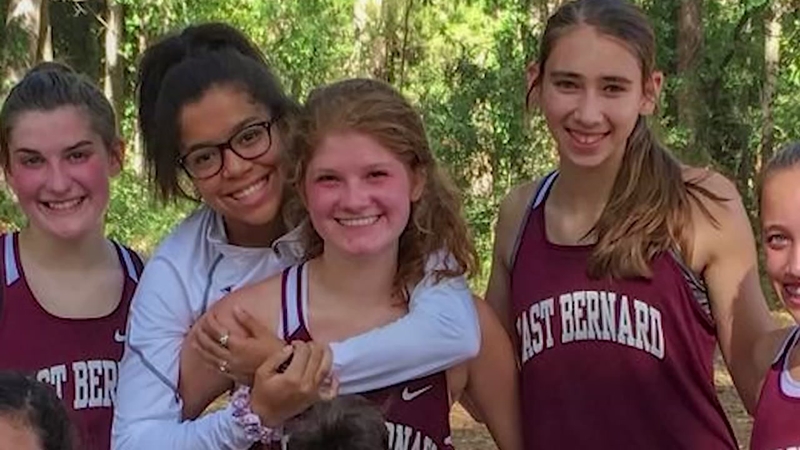 EAST BERNARD, Texas (KTRK) -- The East Bernard girl's cross-country team only knows how to do one thing: win, win, win, no matter what!

The Brahmarettes have won three consecutive state titles in the AAA division of the University Interscholastic League and they are hungry for more.

Senior leader Alyssa Schulte, one of the top five runners on the team, runs with a cochlear implant.

"She never uses being impaired as an excuse. She doesn't ever give an excuse why she does not perform well. She just knows what to do to keep working hard and to keep getting better," says Susan Walters, East Bernard's cross-country coach.

Running is one of Alyssa's passions and she says being part of the team makes her feel special.

"I know I'm deaf and I don't really forget it. It is just that I feel normal in that moment, I guess you can say. I just make myself beat everyone else and I just go," Alyssa said.

Coach Walters has seen Alyssa improve as a runner these last four years, thanks to the effort she puts in.

"Watching her determination, dedication and her commitment to keep working hard, and never feeling sorry for herself when she did not make the varsity team last year, has been fun watching her grow, in that respect," Walters said.