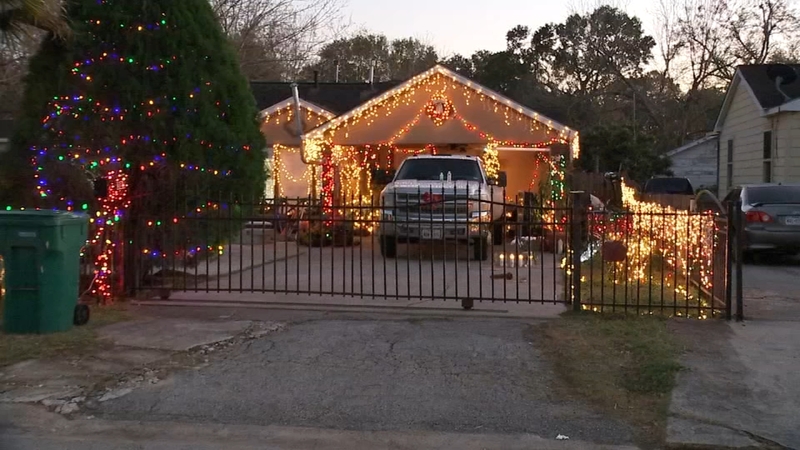 PASADENA, Texas (KTRK) -- Beyond the bright Christmas lights in one Pasadena neighborhood, there's a small memorial for a man who was shot and killed Thursday morning.

Ventura and Cynthia Pastrano said they heard about the deadly shooting in the 3800 block of Red Bluff from other neighbors.

"I was told there were five shots. I don't know how many times (he was shot), but they killed him," Ventura said.

Pasadena police said the victim was taking out the trash when he was shot to death.

Ventura said she heard that the family was getting ready to leave for the holidays.

"They were loading the truck because they were going to Mexico around 5 a.m.," she said.

Just one week before, on Thursday, Dec. 10, about three miles away, another man was shot and killed on Red Bluff Road near the Beltway. Police said he was also shot while taking out the trash.

"My husband always says to watch your surroundings," Ventura said.

After talking to the Pasadena Police Department, they do not believe the two shootings are related.

"It doesn't matter. They come out of nowhere, even if you are being careful," Pastrano said. "It's scary."

With Christmas just days away, two families are now left to mourn the loss of their loved ones.

"(There's) terrible people out here. It's so sad," said Pastrano.