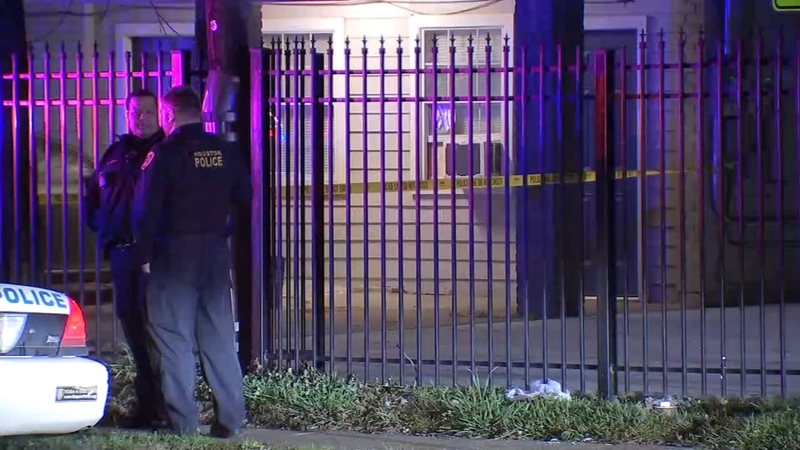 HOUSTON, Texas (KTRK) -- The suspect in a deadly shooting is on the run, but police know exactly where he lives because they say he left his victim there to die.

Around 11 p.m. Sunday night, police say the victim and a woman went to the suspect's apartment complex in the 5300 block of Collingsworth near Lockwood in northeast Houston.

They got into an argument, possibly over a drug deal, according to Houston police.

The victim, who HPD identified as 23-year-old Jaylen Mays, was shot multiple times, and the suspect dragged him inside his apartment before running away.

Mays was pronounced dead at the scene.

"For some reason, the victim put on a ski mask. We don't know why, so that's what we're trying to investigate," Lt. E. Pavel said. "He put on a ski mask. That's when, supposedly, the suspect freaked out, shot him, pulled him inside the apartment and then took off on foot."

The woman who was with Mays was not hurt, according to HPD.

Police did not provide a description of the wanted gunman.