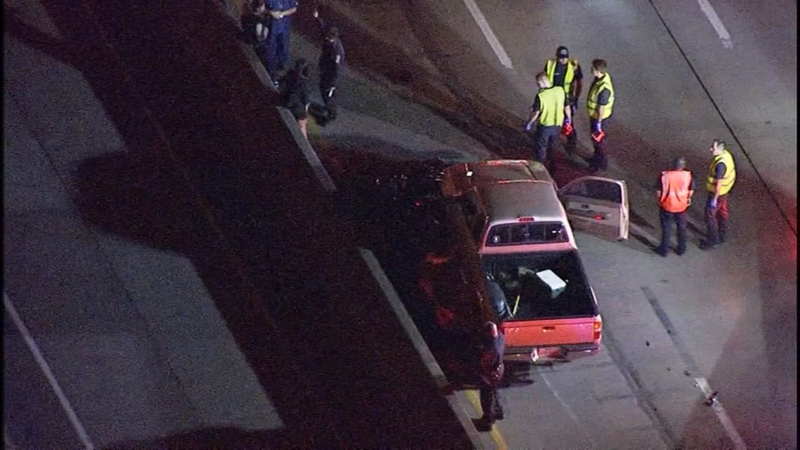 The motorcyclist was pronounced dead at the scene.

Houston police say the motorcyclist, a man who appears to be about 50 years old, was operating a black Harley Davidson when he failed to slow down for traffic and ran into a gray Dodge Dart.

That slight collision caused the rider to lose control and drift into another lane, where a gold Toyota Tacoma pickup truck struck him.

The drivers in the Toyota and Dodge, who remained at the scene, were determined not to be impaired.

Police say neither driver was at fault, and no charges will be filed. The identity of the man who died has not been released.