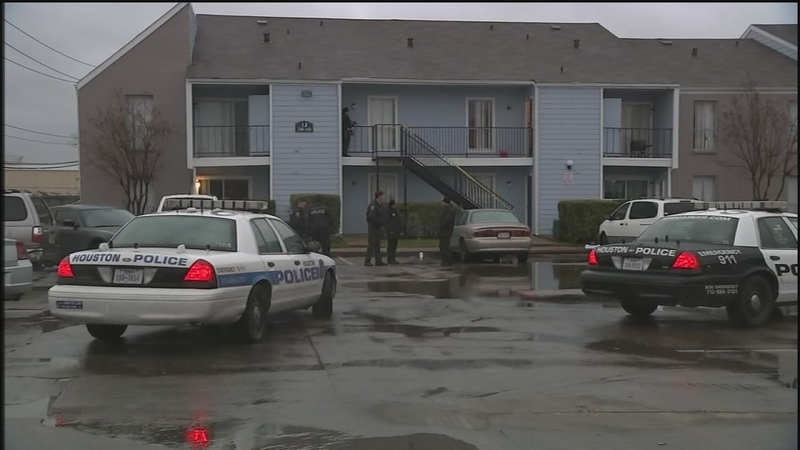 HOUSTON (KTRK) -- Police are investigating a deadly shooting at an apartment in southwest Houston, where it appears a suspected burglar was killed in a shootout. Officers were called to the 7500 block of Corporate at Caraway at about 3pm.

According to police at the scene, two men were inside the apartment when four armed suspects tried to force their way in through the front door. One of the men inside was armed and was able to fire shots. The suspects returned fire and it turned into a full-blown shootout.

Three of the suspects fled, one of them was killed on the scene. Detectives are telling us they don't know right now if this apartment was targeted or what the suspects could be looking for.

Officers say they are having a difficult time getting witness to talk at the scene, and it seems like everyone is scared.

The two men inside the apartment at the time it happened are unhurt and are being interviewed by police.