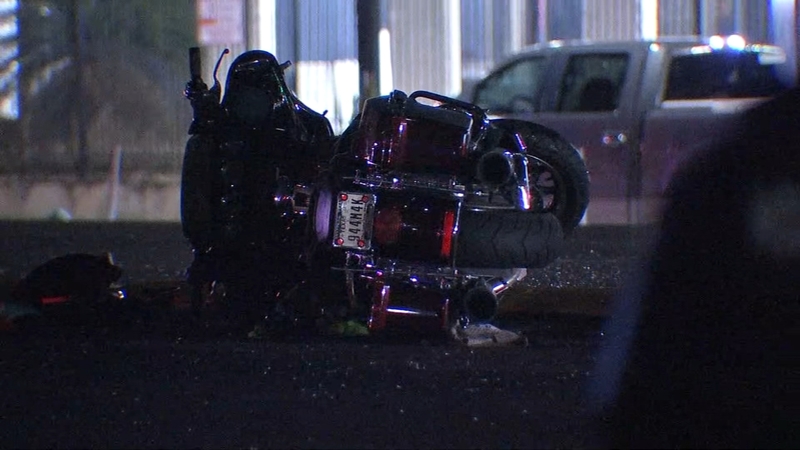 HOUSTON, Texas (KTRK) -- Police are looking for a driver who drove through a deadly crash scene overnight, nearly hitting several officers in the process.

Officials were investigating a deadly motorcycle crash on Highway 6 near Piping Rock around 8:45 p.m. Wednesday.

A 60-year-old motorcycle rider was driving northbound in the 2200 block of South Highway 6 when he crashed into a car that was pulling out of a parking lot, police said.

The motorcyclist was transported to the hospital, where he later died.

Officers said the motorcycle rider was not wearing a helmet at the time of the crash.

The roadway was closed to investigate the crash, but police said that didn't stop one driver.

"We did have a vehicle go through our scene. So if anyone knows anyone driving a red Jeep Renegade with damage to the front-left, possibly a male, please call Houston police," Sgt. Dionne Griffith said. "That person almost struck several officers on scene and intentionally drove through our scene."

The driver of the Jeep struck two HPD units while plowing through the scene, investigators said. Thankfully, officers standing nearby were able to get out of the way.

Officers attempted to chase the driver, but lost them near the Katy Freeway.