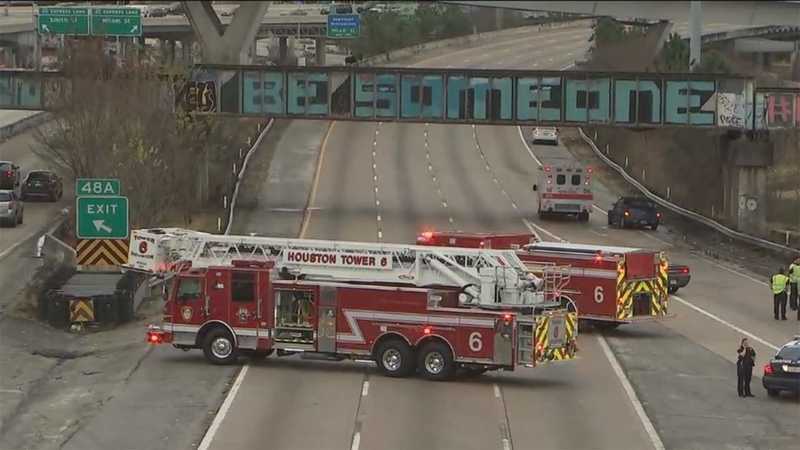 HOUSTON (KTRK) -- One person has been killed in an accident on the freeway just north of downtown.

Just after 9am, a witness called 911 to report a person had been struck by a vehicle on the mainlanes of I-10. The man was standing just outside the driver's side door of a black pickup when he was struck by another vehicle and killed. Officials confirm the victim died at the scene.

Police say the driver of a box truck apparently hit the man and continued driving, but returned to the scene a short time later. That driver was questioned by police.

The accident investigation blocked southbound lanes of I-45 and ramp lanes in the area for hours before reopening.

Backup at the I-10/45 inbound split is bad due to fatal ax. 1 person hit, killed by truck. #abc13 pic.twitter.com/ylpYCgIWU7