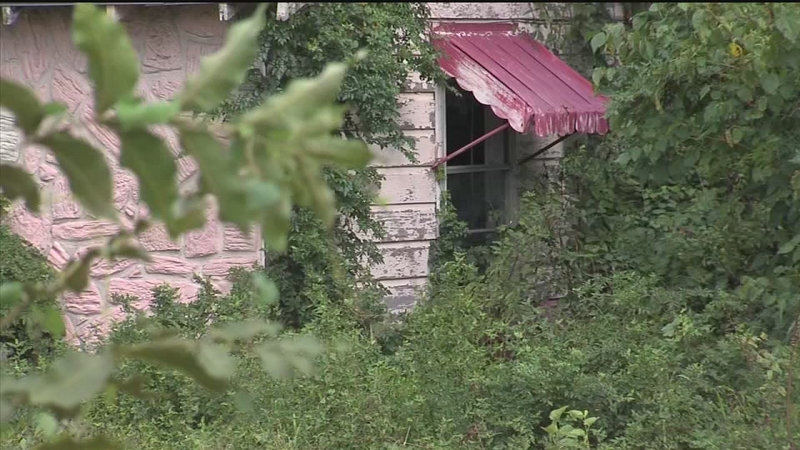 HOUSTON (KTRK) -- A terrible case of animal abuse and its aftermath is leaving one Houston neighborhood begging for help.

Residents say they are having trouble getting animal remains removed from an overgrown lot. The remains of a horse are behind a line of weeds off of 53 Street.

Residents say the horse was dropped off in this lot weeks ago. The horse has since died. Making things worse, the property owner is not the owner of the horse and at this point cannot be found.

"You have to inhale this," said Carolyn Patrick.

The smell bothering Patrick and her neighbors is coming from the remains of a horse.

Patrick says the horse was apparently dropped off and tied up in the yard weeks ago. Now that the animal has passed, residents say they cannot get anyone to help.

"They are calling the city to come get it. The city can't get it, saying that it's on private property," said Patrick.

Residents say their first call was to 311. They were told to call The city's Solid Waste Department but officials said they will not remove the carcass.

The city's website says solid waste will collect large animal remains for a fee, but in this case there is no one who can pay the fee.
Meanwhile, the smell gets worse and residents feel no one is willing to help.

"Somebody needs to remove it," said Patrick.