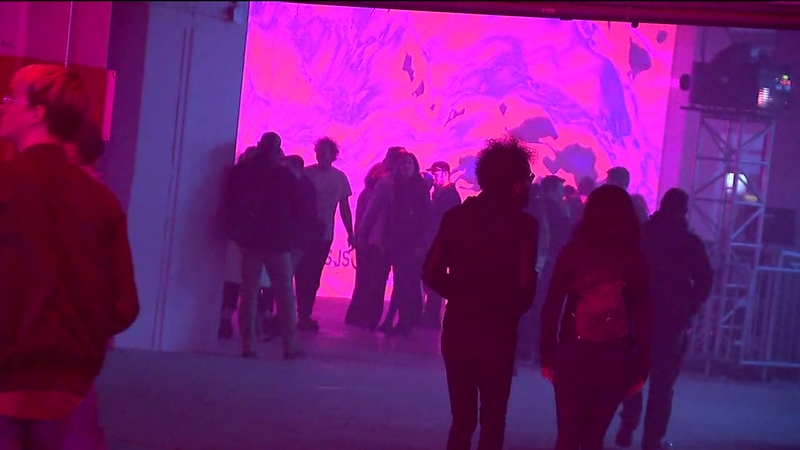 Artists drop out of Day for Night festival line-up

HOUSTON, Texas (KTRK) -- Organizers for the Day for Night Festival said the show must go on, but it won't be outdoors.

A tweet that appeared Saturday afternoon states outdoor music will end at the red and green stages at 10 p.m., as festival organizers monitor weather conditions.

A possibility of tornadoes and severe weather will move through the Houston area late this afternoon and through the evening.

Day for Night said all scheduled performers were expected to perform, but at revised set times:

Just hours before one of the city's most anticipated music events, two artists dropped out of the lineup and a well-known third was no longer on Friday's bill.

Houston-native Solange bowed out of a planned art piece appearance Friday night. She was still expected to perform on stage at the Barbara Jordan Post Office in downtown on Sunday.

We are carefully monitoring the weather, & have decided to end outdoor music (Red & Green Stages) at 10PM as well as adjust set times accordingly on those stages as a precaution. All artists are still scheduled to perform; please see the revised schedule.
Thank you. #DayforNight pic.twitter.com/KNNfMCXN3B

Day for Night also announced that Soul Cleansing and GAS were unable to perform at the festival.


GAS posted a statement offering their sincerest apologies to their fans for missing the show. According to the statement, the groups' passports and visas were not approved due to technical problems.

About 100 bands booked the weekend. While two acts have bowed out, one promoters said this is the least amount of dropouts he has seen.