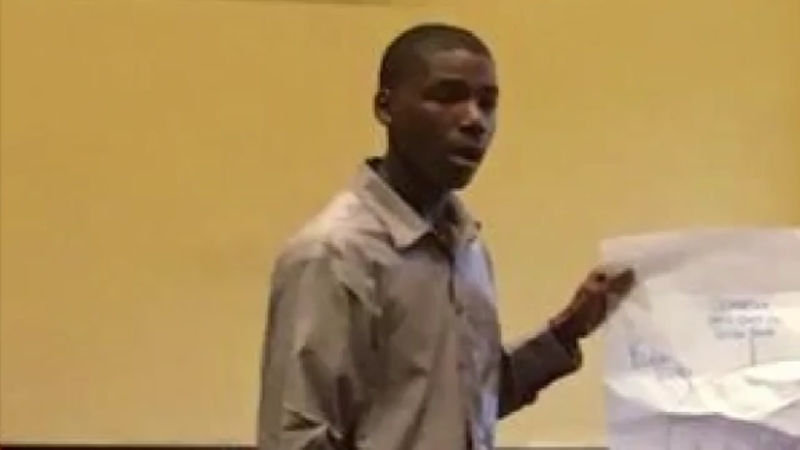 BALTIMORE, Maryland (KTRK) -- DaVonte Friedman had been working to turn his life around. He even spoke to several members of the Baltimore City Council on youth violence before he was murdered Saturday.

"My little brother just turned 18 on November 26th and died on December 1st," his brother Tyrone Friedman said. "He wanted to see more done in the community for himself and other kids like him."

DaVonte and another 18-year-old man were murdered in a triple shooting.

"I lost a piece of me. I will never be able to see him again, never hear him laugh," his brother said.

He admitted DaVonte had run-ins with the law. Court records show a previous arrest remanded to juvenile court.

According to WJZ, he spoke at Baltimore City Hall last year as part of a youth leadership program.

"He was very nervous, but once he got in front of the councilmen, it flew out of him like he was born to do it," his brother remembers.

"Ironically, he was speaking to us about preventing violence," Cohen said.

Cohen expressed his sympathy for the family's loss.

With Friedman's murder, Baltimore now surpasses 300 murders for the year. Friedman's killing is one of six in the first four days of December.

"He wanted to do so much. He had so much in his future that he wanted to accomplish that he never got to do," said his brother, who noted he was accepted into several colleges.