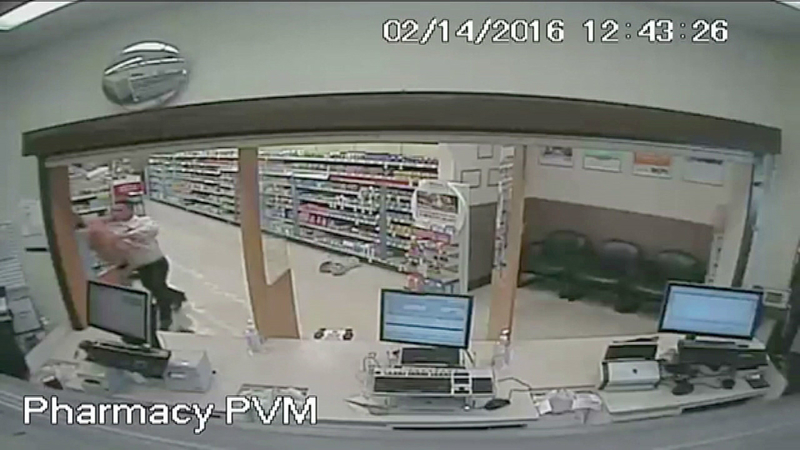 BRADENTON, FL -- A robber didn't realize who he was getting in a tussle with at a pharmacy, and before he knew it, the lights had gone out.

David West, 25, was visiting his girlfriend on Valentine's Day at a Walgreens in Bradenton, Florida. West had stopped by to see if she wanted something for lunch when the robber walked in.

What the robber didn't realize was West is a pretty good boxer. He holds two state titles.

"He started fiddling with his hands and went to reach into his pants and that's when I reacted," West recalled.

There was a bit of a struggle at first, but then four punches were thrown and the suspect was knocked out.

"I really wasn't trying to hurt anybody, I was just trying to do what was right," West said. "I was protecting the one I love."

West held 26-year-old Anthony Nemeth until police arrived, giving him some encouraging words while they waited.

"I told him this, I hope he uses this as a turning point in his life," West said.