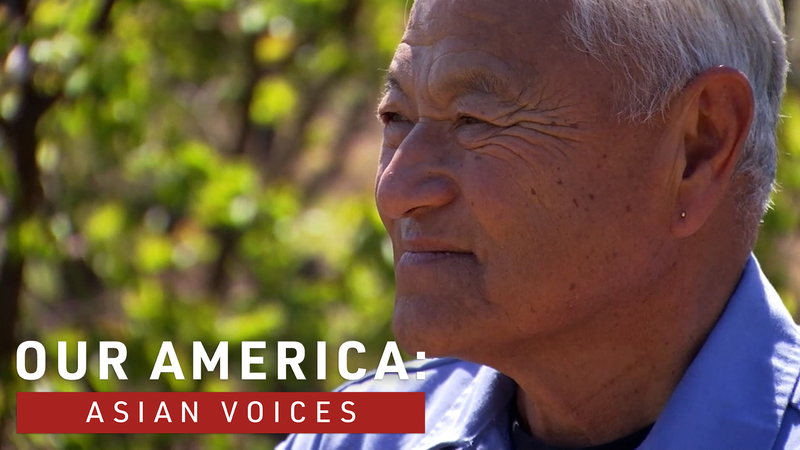 From internment camps to grapevine: Story of California family's farm

DEL REY, Calif. -- Life on the farm moves at its own pace.

"It tends to be isolating but when you working you're able to just reflect a lot," David "Mas" Masumoto explained.

From his farm in Del Rey, California, 14 miles south of Fresno, Masumoto has been reflecting on recent attacks on Asian Americans.

"It's hard to look at that because people think some of the anti-Asian discrimination that's happening is only happening now," he said. "We don't have that sense of history. When my grandparents immigrated from Japan, there were laws specifically targeted at Asians so that they couldn't buy land. It was called the Asian Exclusion Act."

Masumoto's grandparents and parents were among the 112,000 Japanese people forced into internment camps during World War II.

"When I was growing up, I said, 'How come my parents' generation don't talk about relocation camps?' I got mad sometimes," Masumoto said. "That generation internalized so much and it was about holding things within."

He continued: "The backlash to the anti-Asian immigrant experience was Asians are coming together and coming out and going public with their voices and their stories. I think that's a huge shift that occurred from a prior generation."

While his family was locked up, Masumoto's father served in the U.S. Army. He bought 40 acres in the Central Valley in 1948, though grandma wasn't happy.

"She looked at him and said, 'You don't do this in America because they take things away from you,'" Masumoto said.

But today, the family still owns 100-year-old grapevines that continue to produce a crop.

Masumoto showed us, "Look at these ancient pruning scars. [I'm thinking] that maybe this is where my grandmother pruned this year. My grandfather. Farming is a long timeline, you don't think in years. You almost don't think in decades. You think of generations."

We asked him how much pride he felt in continuing the family tradition. He answered, "It's wonderful because you have that sense of history and yet understanding that sense of change that occurs naturally on a farm. The ebbs and flows of political history and racism were part of this landscape."

One which is now shifting.

"Ironically it's not about trying to be color-blind and not seeing difference." Masumoto said. "It's actually understanding that difference is part of the history of America and we need to accept that difference. In the spring something is plowed into me and I love that line because that gives me a sense of renewal every year."

Just as change has come to his farm, Masumoto would like to see society change as well.

The organic farmer admitted, "I did grow up understanding I was different, and here's the key. At first, I wanted to be accepted and now as I grew older and mature, I think it's not about acceptance. We want to belong. We want that feeling that we belong here just as everybody else."