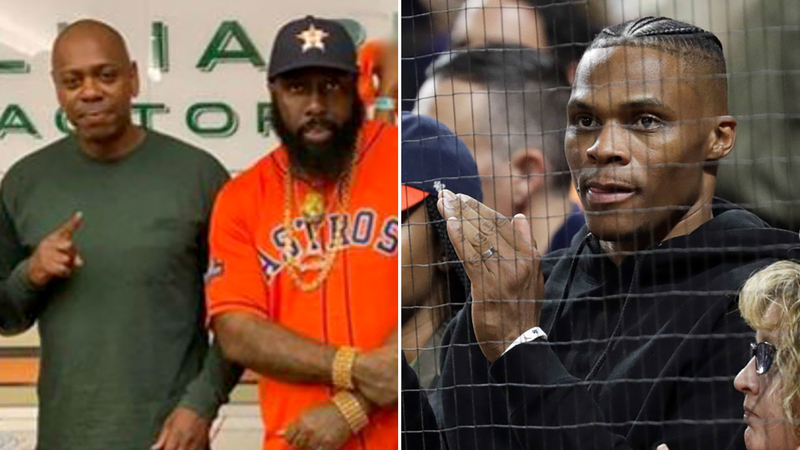 HOUSTON, Texas (KTRK) -- If you were inside Minute Maid Park during Sunday night's drama-filled Game 2 of the AL Championship Series, there were stars in the stands among you.

The Houston Astros slug-fest with the New York Yankees had big names watching every pitch, swing and catch.

Most prominent of the recognizable faces throughout the TV broadcast was Houston Rockets star Russell Westbrook. Fresh off a tour of Japan with the team, the NBA point guard sat behind home plate, with just the backstop and netting directly separating him from the field.

He appeared to be sitting in seats usually reserved for his team owner Tilman Fertitta and his family.

What fans at home or in the ballpark may not have known was that comedian Dave Chappelle was also in attendance Sunday night.

The popular entertainer posed with Houston rappers Paul Wall and Trae Tha Truth, who was recruited to hype up the crowd with the "play ball" announcement on the field, in a photo from Minute Maid Park on Trae's Instagram page.

Chappelle appeared to have stuck around town after staging three surprise shows inside the Bronze Peacock at the House of Blues in downtown.