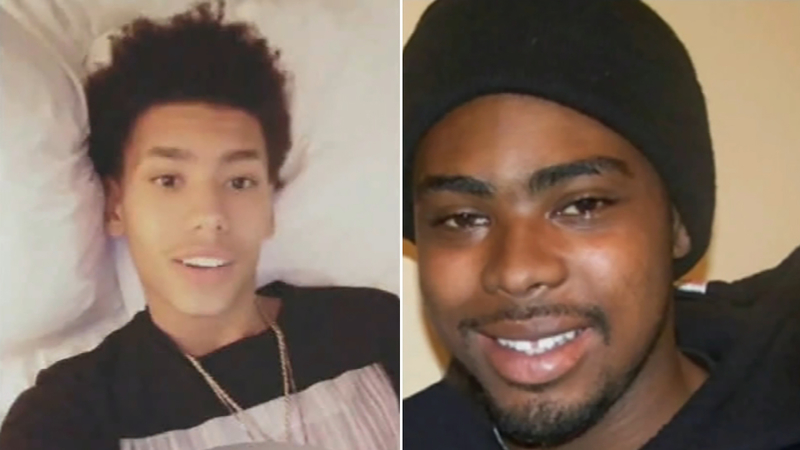 What's happening in Minnesota is taking shape here in the Bay Area where vigils were held Monday night in Oakland and San Jose. The circumstances of the Daunte Wright shooting are similar to what we saw in the Oscar Grant case back in 2009 when Grant was shot and killed by former BART Officer Johannes Mehserle, who said he mistakenly fired his gun instead of his Taser.

Wright, shot and killed by a Minnesota police officer Sunday, was remembered outside of Oakland City Hall Monday evening. The role of the gun and Taser in that case now being compared by many to what happened in 2009 with Oscar Grant.

"It immediately took me back to what happened to Oscar and the first thing I said to myself was here we go again," said Oscar Grant's Uncle Cephus Johnson, known to many as Uncle Bobby. Uncle Bobby referencing Brooklyn Center, Minnesota police who said that 26-year veteran Kim Potter meant to deploy her Taser instead of her gun.

In 2009 Officer Johannes Mehserle said he mistakenly pulled his handgun instead of his stun gun. Grant was killed in the '09 case and Wright killed Sunday night. Grant's uncle believes that there needs to be a murder charge here.

"Hearing the excuse about weapon confusion I'm not surprised," said Johnson who went on to say, "Sadly the system fails to hold officers liable."

But retired Los Angeles County Sheriff's Department Commander Charles 'Sid' Heal disagrees and has changed his opinion after years of research and four books. Heal says there is not a simple solution in these Taser confusion cases and while better training may help, human reaction to a life and death situation is to survive.

"This is a people thing, it's not law enforcement, it's not indifference, it's not bigotry, it's hard-wired in there. Crucifying the police officers is not going to make any difference, the ones you hire, unless you're going to get somebody besides humans, are going to be afflicted with the same human frailties," says Heal.

In this case, Heal says this was far from a routine traffic stop as there was also at least one warrant involved.

"He certainly escalated it getting back into a car after refusing to be arrested I got to tell you my heart rate goes up just thinking about," says Heal.