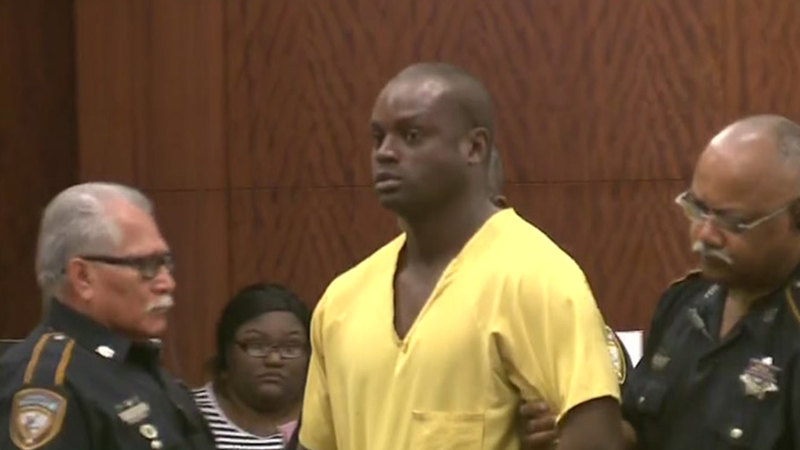 HOUSTON (KTRK) -- The Harris County DA's office says the motion by the defense to raise the issue of incompetency to stand trial in their case against accused cop killer Shannon Miles does not come as a surprise. For the defense it's a significant movement forward in the capital murder case.

The filing comes almost four months after the murder of Harris County Sheriff's Deputy Darren Goforth. It's likely next the court will order an independent evaluation. If they concur with the defense findings that Shannon Miles is schizophrenic and incompetent to stand trial he would likely go to Vernon State Hospital for treatment with the purpose of restoring his competency to eventually stand trial.

If the independent evaluation conflicts with the defense's filing it would be up to a jury to determine the 31-year-old's competency.

His attorney says he hasn't been able to communicate with his client to gather facts from day one.

"You can speak to him one day one on one where he may seem coherent and in touch with reality when you speak about some things and he can digress and the next day can be totally different," said Miles' attorney Anthony Osso.

Osso adds his client has a history of mental illness dating back to his early 20's. He also says it's his understanding he was not on medication during the time Goforth was murdered.