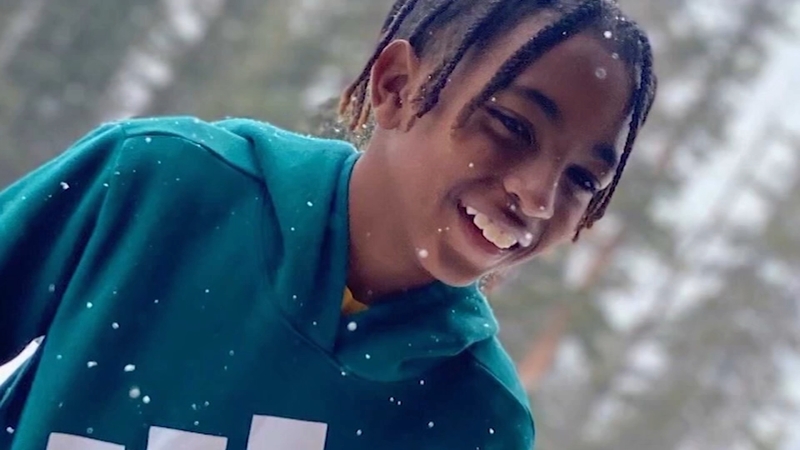 HOUSTON, Texas (KTRK) -- An 11-year-old boy who was gunned down while trying to grab his jacket out of his car, was recognized by elected leaders.

A resolution by Commissioner Jack Cagle honoring Darius Dugas was passed in Commissioner's Court on Tuesday.

Dugas' mother, Brenneta Francis, shared memories of her 11-year-old son, who she called her baby.

"My alarm would go off at 6:30 a.m., but he didn't need the alarm," Francis said. "He loved school. He loved to be around people. He would lay his sister's clothes out for her in the morning, so all she had to do was rollover. He was a helping child, very loving, his smile, he was happy."

Francis said she was at her grandparents on Feb. 3. at what was supposed to be a fun family gathering.

"Within an hours' time, I had to make a call because my son was a victim to gun violence," Francis said.

Dugas was an honor roll student. He was in band, loved basketball, and was full of life.

Daveyonne Howard, 19, has been charged with Dugas' murder. At the time of the shooting, Howard was out on a $50,000 bond for aggravated robbery.

Judge Linda Hidalgo, who has been criticized over the debate on bond amounts for felony offenders, spoke out on Howard's extensive criminal history.

"A perpetrator with a weapon he should have not had, paid bond several times," Hidalgo said. "Our heart breaks for you and your family."

Dugas is one of several children who were the victims of violent and senseless crimes in February. Just five days later, on Feb. 8, Ashanti Grant was shot in what police believe was a road rage incident on the Southwest Freeway.

Grant has been in the hospital in a medically induced coma and her family has been praying for a miracle. The suspect still hasn't been caught and the reward is $30,000.

Dugas' family, including his grandmother, Marjai Francis, who was also at the commissioner's court, will keep sharing their story to spread awareness of the consequences of gun violence, hoping another family doesn't have to suffer the same pain.

"It's becoming too common to lose our kids, and our kids are our future," Marjai Francis said. "We need more support and outreach to the community, so kids are more aware of gun violence. Once you pull the trigger, there's no going back."