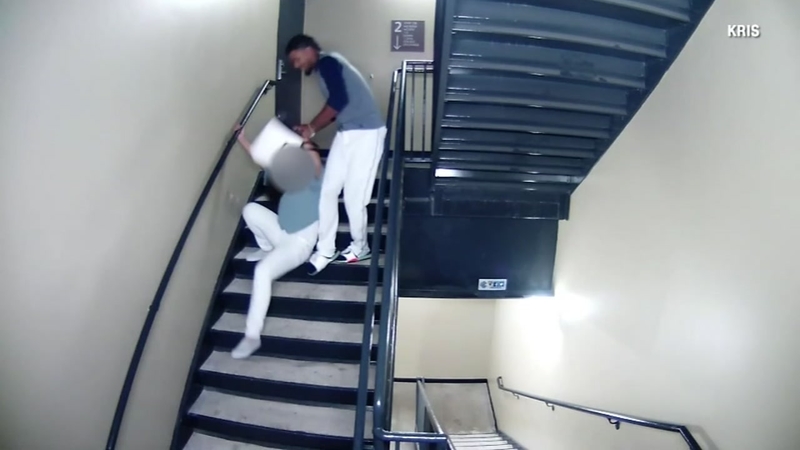 HOUSTON, Texas (KTRK) -- The video of a baseball player beating his girlfriend continues to spark outrage across social media.

The footage of the 2016 incident surfaced earlier this week. It shows Danry Vasquez smacking the woman around multiple times. His attorney Les Cassidy said Vasquez is remorseful about his actions.

"It's very embarrassing for him. Yes, he is remorseful. He feels ashamed," said Cassidy. "At some point, a human being has to be able to restart his life and get on. If he's been rehabilitated and this never occurs again then, he should be able to work in society."

He said Vasquez lost his baseball job with the Corpus Christi Hooks as a result of his arrest. The Lancaster Barnstormers in Pennsylvania recently took on Vasquez as an outfielder. Their manager Ross Peeples said in a statement, "There is no choice but to sever the relationship. Neither I, nor the Barnstormers' organization as a whole, can condone or associate with that behavior."

Cassidy said the Barnstormers only fired Vasquez after the video became public. He said Vasquez had to return to his home country of Venezula since he no longer had an appropriate visa due to the job loss.

"Of course, he's very disappointed. He doesn't feel that he's being treated fairly now," said Cassidy. "Yes, I don't think it's fair that he lost his current employment. He's not a convicted criminal."

Cassidy went on to say under current state law Vasquez is eligible to have his record expunged.