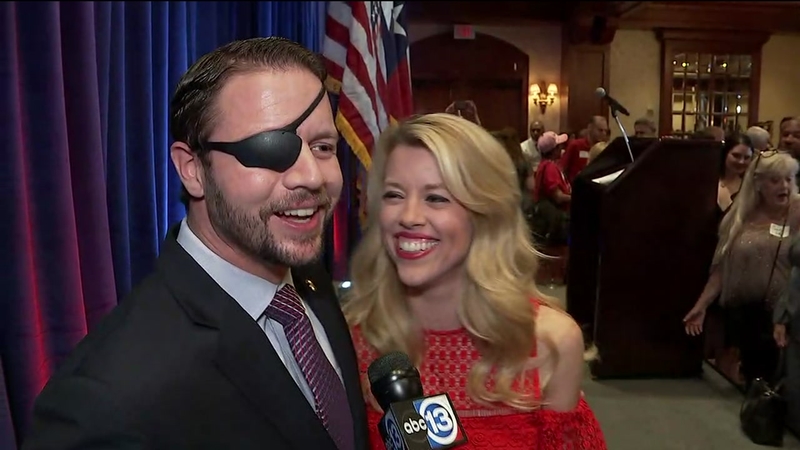 Crenshaw, 34, was a first-time political candidate who learned some political lessons early on after being forced into a runoff, finishing second by just 155 votes.

The Republican went on to win the nomination to face off with Democratic challenger Todd Litton for the open seat.

A second dose of political reality set in over the weekend when his war injury became the butt of a joke on "Saturday Night Live."

"The producers did reach out privately and said, 'Hey, we apologize.' Apparently, this wasn't scripted," Crenshaw recalled. "That's fine. What I called for before was civility. Right? I don't want to be part of the problem. That's why I don't want to be calling for firing people and demanding apologies."

Crenshaw is now getting the last laugh.

The congressman-elect said he hopes to work to keep a Republican majority in Texas, focusing on issues important to his constituents.

A look inside the @DanCrenshawTX campaign watch party. So far, a lot of energy and excitement ahead of the results. https://t.co/U3reWBddBe pic.twitter.com/zxT2yLFc9Q