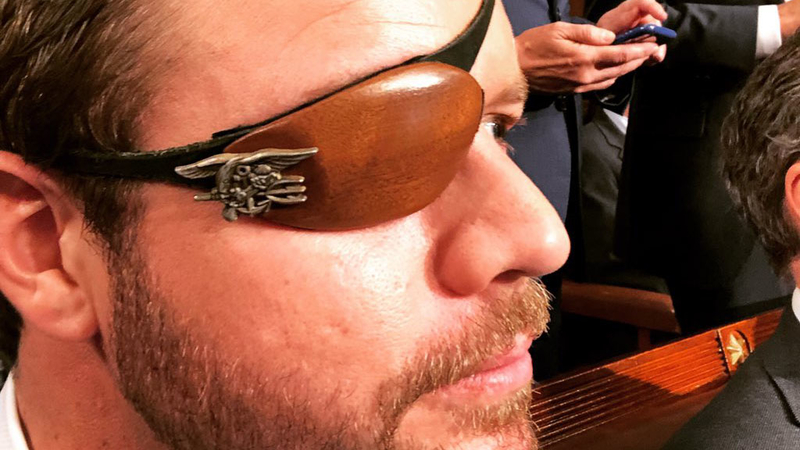 WASHINGTON D.C. -- Newly elected Republican congressman Dan Crenshaw was spotted at the State of the Union. He debuted his new eye patch.

Crenshaw posted a close up picture on Twitter. It looks to be made out of wood and has a Navy SEAL trident. Crenshaw is a former Navy SEAL.