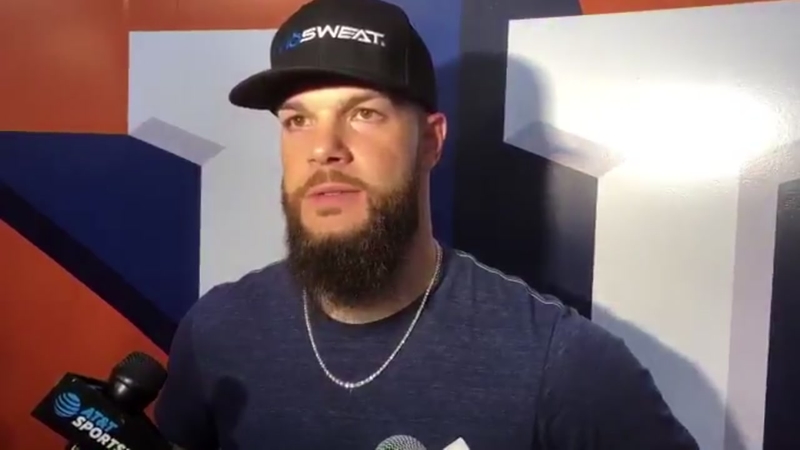 In the offseason, Keuchel signed a one-year, $13 million contract to remain with the team, just months after notching a World Series title with them.

The 30-year-old may look to greener pastures, though, in 2019. After all, Justin Verlander, Gerrit Cole and even Charlie Morton have outperformed Keuchel this season.

After his loss vs. the Mariners on Wednesday, which could be his last ever regular season home game as an Astro, Keuchel is the only pitcher in the opening day rotation who does not have a winning record in 2018. He has given up the most hits of the rotation with 199. And he is boasting a rotation-high 3.71 ERA.

It's a far cry from the Keuchel of 2015, which included his first All-Star selection and his first Cy Young Award.

So, presented with the prospect on Thursday, Keuchel admitted he hasn't put too much thought into free agency.

"I've had a few good runs here, and hopefully, there's a few left," Keuchel said about staying in Houston. "It's something I don't want to think about right now."