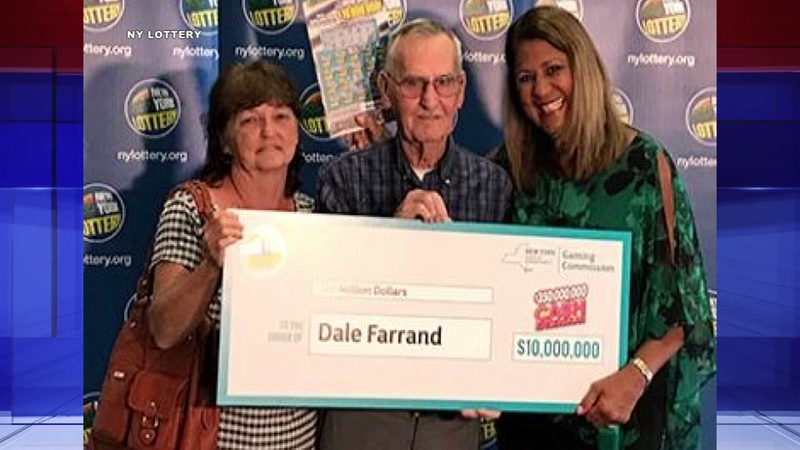 FORT EDWARD, New York -- A New York man will be living large thanks to his decision to buy some Slim Jims for his dog.

The Fort Edward man says he bought a $30 ticket at a local Cumberland Farms convenience store while buying Slim Jims snacks for his dog Boots.

He scratched the ticket in his car and realized he was a winner. Farrand says he drove straight home and had his wife check the ticket for him.

Farrand will receive a lump-sum payment of $6.7 million after required withholdings.