Fight outside SE Houston school ends with teen being run over 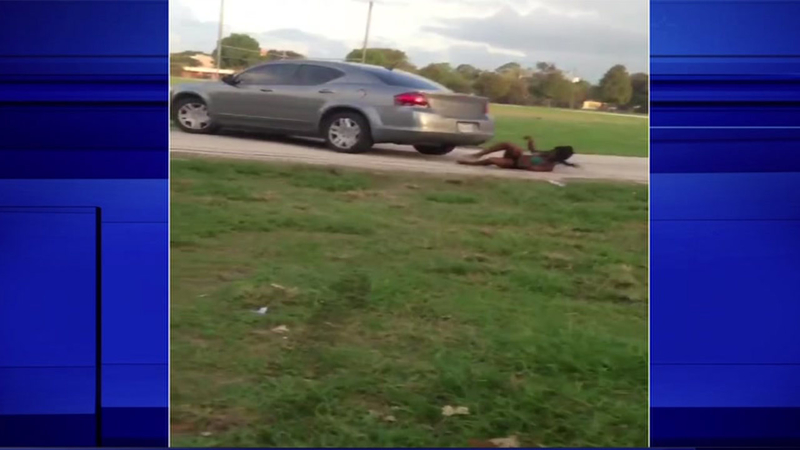 Fight outside school ends with teen being run over

HOUSTON (KTRK) -- A middle school student who was caught up in an after school brawl is preparing for her third surgery at Memorial Hermann Hospital.

It was what followed the fight outside Cullen Middle School Friday afternoon that left her with a broken pelvis, other broken bones, and a lacerated liver. Police say she is in stable condition at this time.

In the cell phone video taken by an onlooker on La Salette near Yellowstone Park, a gray Dodge Avenger jumps the curb, sped several yards, and ran over the 14-year-old girl. Her mother says her 10-year-old sister saw it all. She also says another student was injured in the fight, and one more was struck by the car.

Police now say the driver of the Avenger is an unknown black woman in her 20s. She had a passenger with her, police said, who they've been able to identify. The driver is wanted for felony aggravated assault. If you have any information, call Crime Stoppers at 713-222-TIPS.

The family believes it knows the person responsible.

Aurelia Hunter, the mother of the victim, says she doesn't know the motive behind the fight, in which the combatants were all girls.

An HISD spokesperson says the district is aware of the incident. The district referred all questions to HPD.