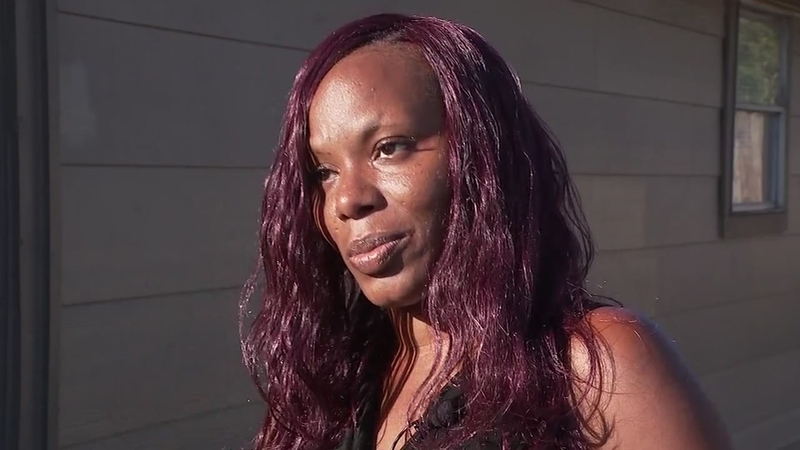 Police search for driver who ran over teen

HOUSTON (KTRK) -- A 14-year-old middle school student is recovering from her third surgery in two days, after a fight turned into a hit and run. Concern for her safety led to her being admitted to the hospital under an assumed name.

The fight was planned for Friday afternoon, after school was out. For the girl and her friends, it did not go according to plan. Another student who was there said it was because of "trash-talking" on Twitter and Instagram, in which names and accusations were exchanged.

But when the girls were vastly outnumbered in the fight, things changed.

"They jumped us," a friend said, referring to the rivals. "They brought their cousins, sisters and brothers."

And apparently an adult was there, too, who could be seen in the video waving a steering wheel lock known as a 'club,' and then hitting some of the girls who were fighting.

Moments later, a gray Dodge Avenger tears through a fence onto the school track field, and speeds across the property. It makes a wide turn at a high rate of speed, and then hits the 14-year-old girl. We are not identifying her because she is a minor.

"From a mom's perspective, words can't explain," said the girl's mother. "The car jerked up in the air. That's because she hit my daughter. Her pelvis was crushed, her hips broken. She has internal injuries. She may never be able to have children."

She concedes that her daughter has been involved in fights before.

"She's not perfect, but nothing justifies this," she said. "Fights are just what happens over here."

Houston police may be closer to charging someone with felony hit and run. A spokesman said on Sunday that the driver appears to be a woman in her 20s. Her passenger has been identified. The victim's family has given a name to police to pursue.

The girl will remain hospitalized, possibly for several weeks.

"She's going to have to learn how to walk again," her mother said.