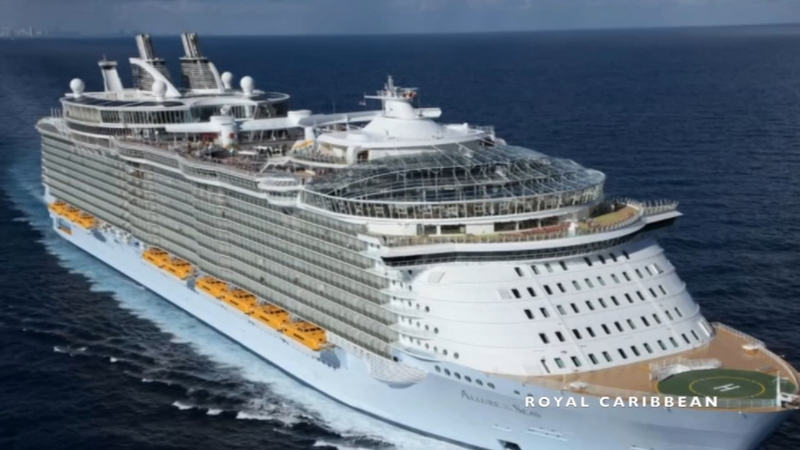 Galveston leaders hope to have cruises back by July

GALVESTON, Texas (KTRK) -- With the advancement of the COVID-19 vaccine in efforts to keep the virus from spreading, leaders in Galveston are hoping to have cruises back in the area by July.

Before the pandemic struck, Galveston saw 1.09 million passengers sail out of the island in 2019, according to leaders. Once the pandemic began, those numbers were way down as the virus forced the shutdown of cruises out of U.S. ports last spring.

SEE ALSO: 2 Royal Caribbean lines to resume cruises in June; Crews, guests must be vaccinated
Now, leaders are hoping to have ships sailing from the Port of Galveston as early as July.

On Monday, the Port of Galveston director, Rodger Rees, issued a letter to Texas Gov. Greg Abbott asking for his backing in pressuring the CDC to lift the moratorium. Rees claimed the cruise industry is being unfairly singled out.

"We're ready," Rees said. "We're the only cruise port in Texas. But this business has been growing. We have a lot of things going on this."

According to Galveston leaders, the suspension of cruise ships resulted in a $1.2 billion loss in direct spending. The suspension also caused a reduction of 23,000 jobs and $1.6 billion in wages statewide.

Claire Johnson, co-owner of GalvestonCruises.com, said there is a demand to set sail again and that most of her clients wouldn't mind if there was a requirement to be vaccinated.

Galveston County Health authorities, Dr. Philip Keiser also added he would be among the first on a ship that required everyone to be vaccinated.

"I'd get on that ship. I really would. That's how much confidence I have on the vaccines," Keiser said. "I think particularly for cruise lines, that's probably what they're going to have to do."