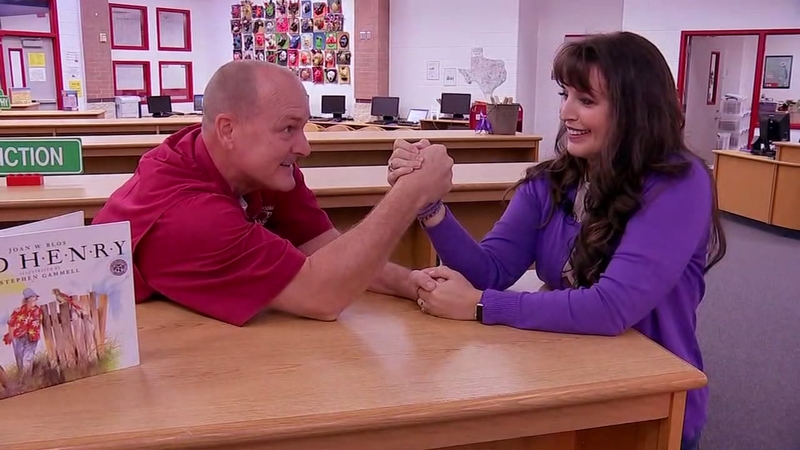 Scott is the new superintendent of Crosby Independent School District. Kriste is an assistant principal at Dayton's Kimmie Brown Elementary.

Scott and Kriste got married 26 years ago, and have both worked as educators ever since.

But this is the first year they've worked for different school districts.

Friday will be the first time they've rooted for rival teams.

"Walking out the front door of the house, we just go our separate ways," Scott said. "Red, purple, we just get in our cars and say, 'we'll see you on the other side, sweetheart!'"

The teasing, as you might imagine, intensifies as the game gets closer.

"Little subtleties, like when I get a text, it'll have a purple heart," Kriste explained.

"We kiss, make up, and we go down the road," Scott laughed until he was interrupted by Kriste, who added "And somebody is going to say, 'we'll see you next year!'''