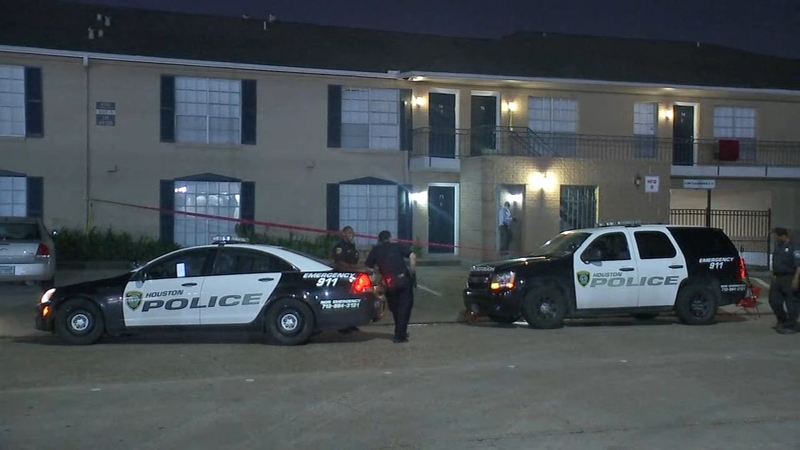 Residents of the Villages at Meyerland apartment complex called police early Saturday morning, saying they saw a large amount of blood outside one of the units.

Officers went inside when they got to the scene to make sure no one was in immediate danger, but report that they did not find anyone inside.

Authorities say the person they now have in custody showed up at the scene, but they did not know if he lived in the complex.

Authorities are now in a holding pattern, waiting for a judge to issue a warrant so they can go back inside the apartment and try to piece together what happened.

While they wait to go in, some sections of the building have been taped off.

Detectives with flashlights have been seen searching outside of a second story apartment and in the common areas.

Homicide detectives told reporters on the scene they believe this was a homicide.