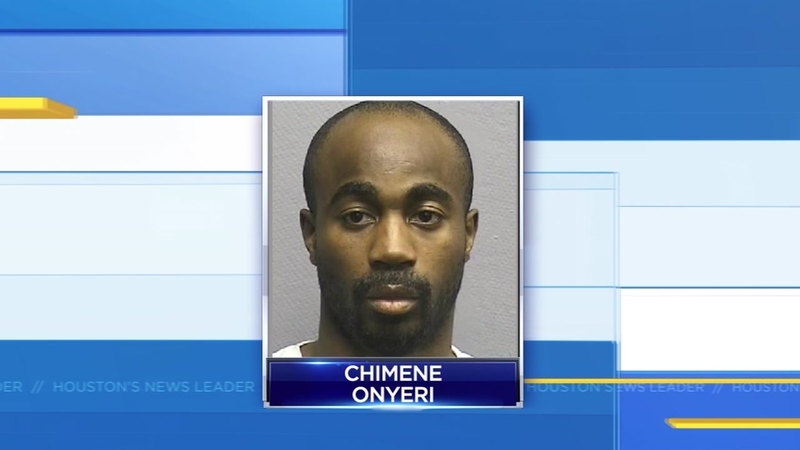 The man who police say is now the main person of interest in the weekend assassination attempt of an Austin-area judge is expected in a Houston courtroom.

Chimene Onyeri has been accused in the shooting of Judge Julie Koceruk.

But, there is another twist to the story. Houston Police has also charged Onyeri with a murder in southwest Houston that occurred last May.

Jacobi Alexander was killed while he was walking in a common area of his apartment complex. His father Terry Sutton said he remembers day very well.

"Really to be honest, I felt like it was going to go unsolved murder," said Sutton. "I mean that's really disturbing because if someone has the (explicit) to go to a judge try to mess... that's a dangerous person."

ABC-13 has also learned that Onyeri was due in Koceruk's court soon. In 2012, Onyeri was charged with fraudulent use of identifying information. According to court documents, Onyeri was pulled over by a Rollingwood officer. He was a passenger. Investigators found gift cards that were linked to bank accounts not belonging to Onyeri and other identifications. ABC-13 learned Judge Koceruk signed off on three years probation for the crime he eventually pleased guilty to. Then, in July of this year, Onyeri was accused of committing more fraud. Court papers to revoke his probation, which were also signed by Judge Koceruk, state Onyeri fraudulently used debit cards near Lake Charles, LA. Friday, Judge Koceruk was shot in what police are calling an attempted assignation.