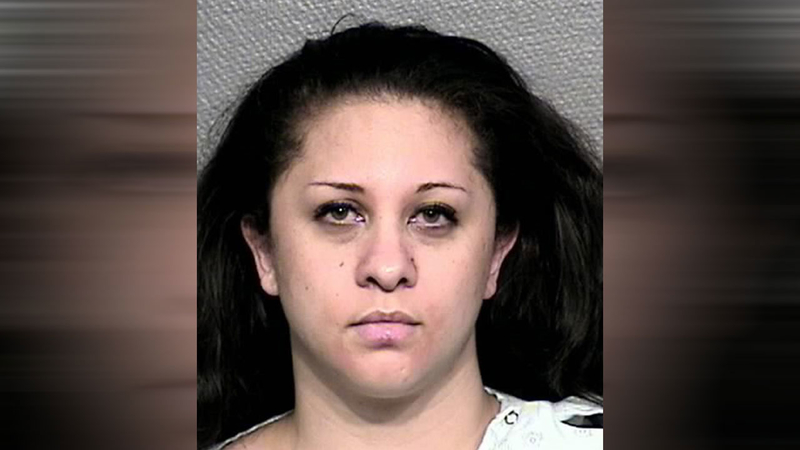 HOUSTON, Texas (KTRK) -- We're learning new details in the fatal shooting of a 36-year-old man, allegedly at the hands of his own girlfriend outside Willowbrook Mall.

Emily Rose Orbe, 32, has been charged with murder after a violent confrontation inside the mall spilled out into an adjacent parking lot on Monday night.

According to charging documents, Orbe chased her boyfriend, the victim riding his motorcycle just ahead of her SUV.

Witnesses told Houston police Orbe was screaming for help, asking bystanders to call police as she chased after her boyfriend.

At one point, documents allege Orbe hit the victim's motorcycle, sending him into a tailspin. He was visibly hurt after crashing his bike, according to witnesses.

Gunfire erupted from Orbe's SUV and the victim died at the scene.

The woman allegedly told a bystander who came to help that she "didn't want to do this. I didn't want to kill him. I had to, though. I had no choice."

Orbe allegedly explained that her boyfriend was trying to rob her.

"I was at school, he ripped my clothes, he broke my mirror, he took my phone. He took my wallet. He has my gun. It's in my name," Orbe allegedly said, according to the criminal complaint.

A security guard also said he heard Orbe shot the man because he had "punched her window and was robbing her."

Investigators said her personal property was not found on the victim, and he did not have a gun on him.

Surveillance video shows the SUV following closely behind the motorcycle at a high rate of speed, at times weaving around cars. It also appears the victim was trying to get away from the woman.

Orbe, who was arrested at the scene, was checked out by EMS for minor injuries, described as cuts and bruises.